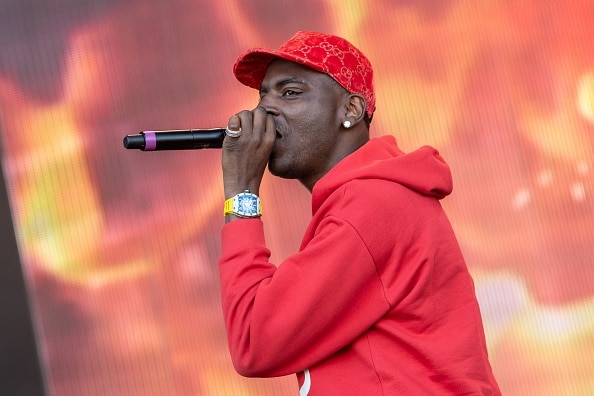 Adolph Robert Thornton, Jr., better known as Young Dolph was an American rapper. He claimed prominence after the release of his second mixtape “Welcome 2 Dolph World”, which was released on July 2, 2010. Dolph was shot and killed inside a local cookie shop in his hometown, Memphis, Tennessee on Wednesday, November 17, 2021. Young Dolph net worth at the time of his death is estimated to be around $3 million.

Young Dolph was born Adolph Robert Thornton Jr. on the 27th of July, 1985 in Chicago, Illinois, United States. He moved along with his family to Memphis, Tennessee at 2 years of age. Dolph grew up with two brothers and two sisters. The later rapper, Juice Wrld was his cousin. He was raised by his grandmother since his parents were mostly addicted to crack cocaine, and they would appear in front of him once every few weeks.

Dolph came up with his debut mixtape titled “Paper Route Campaign” in 2008. After two years in 2010, he established his independent record label, Paper Route Empire. The same year, he dropped his second mixtape titled “Welcome 2 Dolph World”. He started getting recognized after the release of his second mixtape. In 2016, he was featured on the hit double platinum song of O. T. Genasis, which had the title “Cut It”.

In early 2020, the rumors came that Dolph was considering retiring from music to spend time with his kids. Though, he couldn’t stay away from music for a long time and came up with the song “Sunshine” during the COVID-19 pandemic. In March 2021, he released the song titled “Aspen”, and the same month on March 26, he dropped his second collaborative album “Dum and Dummer 2”.

Young Dolph was dating his longtime girlfriend, Mia Jaye. He also shares two kids with his girlfriend Mia named Tre Tre and Ari. Dolph was shot and killed on November 17, 2021, while buying cookies for his mom at a local shop in Memphis.

According to police authorities, an unidentified gunman came into the store and shot him twice. After he was shot, hundreds of people swarmed the crime scene and police had to arrive to prevent individuals from entering the store where he was shot. The investigation is still in process as the identity of the murderer has not been identified yet.

Young Dolph had earned an estimated net worth of $3 million before he was killed on November 17, 2021. He has gathered a whopping amount from his music album sales and concert events.

You May Also Like:   Joyner Lucas Net Worth: How Rich is the Rapper Actually in 2022?

Key Glock Net Worth: How Rich is the Rapper Actually in 2022?

Soulja Boy Net Worth: How Rich is the Rapper Actually in 2022?