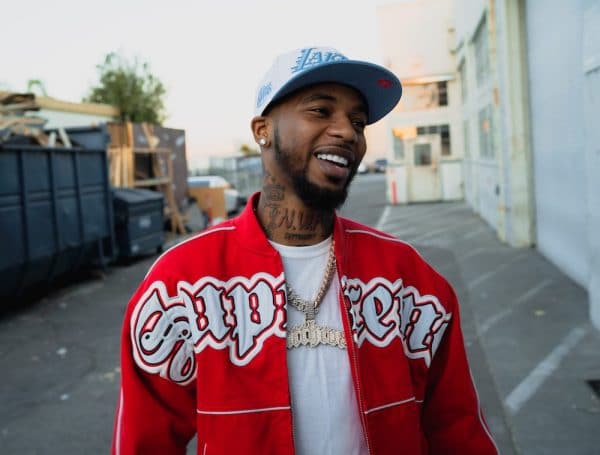 Markeyvius LaShun Cathey, better known as Key Glock is a 24 years old American rapper and songwriter. He claimed prominence after the release of his mixtape “Glock Season” in 2017. Glock is also known as a protege of the late rapper, Young Dolph. As of 2022, Key Glock net worth is estimated to be around $1.8 million.

Key Glock was born Markeyvius LaShun Cathey on the 3rd of August, 1997 in Memphis, Tennessee, United States. His mother was sent to prison for the next 15 years when he was just 20 months old. Glock was primarily raised by his grandmother and aunt.

Key was not close to his father either since his dad has been mostly in and out of his life. During his youth, he occasionally visited his mom in prison. When he reached 18 years of age, he was charged with 3 counts of aggravated assault to his involvement in a shooting. He grew up listening to the songs of Lil Wayne and Gucci Mane. Glock is a big fan of hip hop group, Three 6 Mafia, and he even mentions the hip-hop group as his large influence.

Glock was signed by the rapper, Young Dolph into the record label, Paper Route Empire Label in 2017. In January 2017, he came up with his first song “Racks Today”, featuring the rapper, Jay Fizzle. In June 2017, he dropped his first mixtape titled “Glock Season”. On July 26, 2019, he released a collaborative album with Young Dolph titled “Dum and Dummer”, which peaked at 8th spot on the Billboard 200.

You May Also Like:   Chase B Net Worth (Rapper): Height, Age, Wiki & Real Name

Following the release of his collaborative album with Young Dolph, he went on European Tour across London and Manchester. In 2020, he and Dolph went on a No Rules Tour. Glock came up with his debut solo mixtape “Yellow Tape” on January 31, 2020. His solo mixtape peaked at the 14th spot on the Billboard 200.

In May 2020, he dropped his sixth mixtape titled “Son of a Gun”. Along with rapper, Young Dolph, he released the song called “Aspen” on March 5, 2021. He and Dolph released their second collaborative album titled “Dum and Drummer 2” on March 6, 2021.

Key Glock’s present relationship is believed to be single. He was previously rumored to be dating American rapper, Mulatto. The rumor started following the release of his sixth mixtape “Son of a gun”. In May 2019, he was arrested for the possession of a firearm and more than 20 grams of marijuana.

Glock has recently deleted his official Instagram and Twitter account after the death of his cousin, mentor, and frequent collaborator, Young Dolph, who was shot and killed in Memphis on November 17, 2021, while purchasing a cookie for his mother at a local shop in Memphis. Glock was the right-hand man and protege of Young Dolph, who brought Glock under the Paper Route Empire’s wings.

As of 2022, Key Glock’s personal wealth is estimated to be around $1.8 million. He has bagged a considerable amount from the release of studio albums, collaborative albums, mixtapes, and singing at various tour and concert events.

You May Also Like:   Trick Daddy Net Worth: How Rich is the Rapper Actually in 2022?

Blac Youngsta Net Worth: How Rich is the Rapper Actually in 2022?

Young Dolph Net Worth: How Rich was the Rapper Actually?