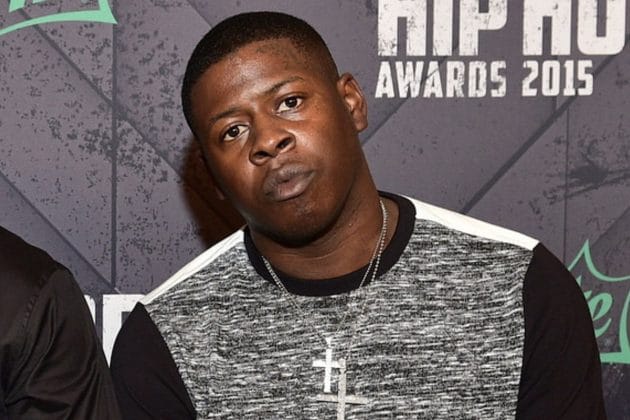 Sammie Marquez Benson, better known as Blac Youngsta is a 32 years old American rapper. He is best known for his hit songs “Hip Hopper”, and “Booty”. Youngsta is currently signed to the rapper, Yo Gotti’s record label, Collective Music Group (CMG), and Epic Records. As of 2022, Blac Youngsta net worth is estimated to be around $5 million.

Blac Youngsta was born Sammie Marquez Benson on the 8th of April, 1990 in Memphis, Tennessee, United States. He was raised by his grandparents along with his younger brothers. Blac grew up in a poor financial background where his grandparents were unable to provide him and his brother’s a little food. At 7 years of age, he started working at a local grocery store to support his grandparents.

However, he was fired from the local grocery store after he was caught by the manager while placing fake orders to take food home for his brothers. Then, he started selling drugs due to which he had been into prison many times. In 2012, he came out of prison after one year, and then he started hosting local block parties. After some time, he decided to pursue a career in music which led him to release his first mixtape, Fast Bricks in 2012.

You May Also Like:   21 Savage Net Worth, Age, Height, and Real Name

Blac came up with his fourth mixtape under CMG titled “Illuminati” in February 2017. The same year, he established his own record label imprint under CMG named Heavy Champ, and dropped a mixtape titled “I’m Innocent”. Youngsta signed his first major record label deal with Epic Records in December 2017.

Youngsta released his first studio album “223” in February 2018, which peaked at 42nd spot on the Billboard 200. He dropped his EP titled “Cut Up” in May 2019. He announced his second studio album titled “Church on Sunday” in August 2019, which was officially released on November 29, 2019.

Blac Youngsta’s present relationship status is believed to be single. He has not shared any post on Instagram which would hint that he is dating someone. His official Instagram, blacyoungsta currently has 4.2 million followers.

Youngsta has fallen into many legal issues. In January 2016, he was called by police to a Wells Fargo branch after he withdrew $200 thousand from his bank account to buy a car. The Wells Fargo employees thought he was robbing the bank after they saw him leaving the bank with the money.

In May 2017, he surrendered himself to police on a charge of involving in the shooting of fellow Memphis rapper, Young Dolph. At a shooting incident, he and his associates were allegedly fired more than 100 rounds into the rapper, Young Dolph’s SUV, who was shot and killed on November 17, 2021.

Recently, some people on Twitter claimed that Youngsta’s grandmom’s home was shot up along with Yo Gotti’s restaurant. However, the news was later proved false after the Memphis News station, Action 5 News worker, Hannah Wallsmith refuted those claims, where she said “Prive’s in Memphis has NOT been shot up per @Mem_PoliceDept.”

As of 2022, Blac Youngsta’s personal wealth is estimated to be around $5 million. He has earned a hefty sum from the release of his music album sales, and concert tour events.

Sleepy Hallow Net Worth: How Rich is the Rapper?

Key Glock Net Worth: How Rich is the Rapper Actually in 2022?