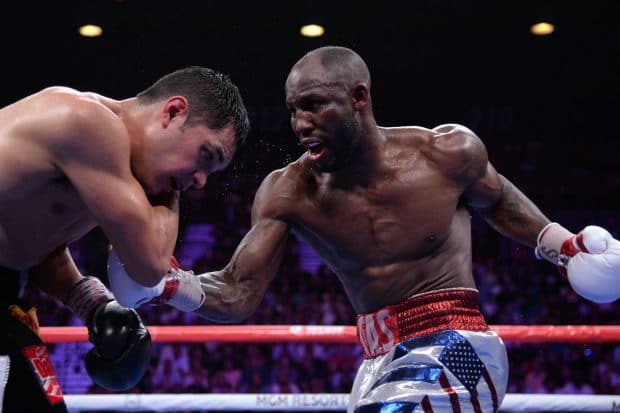 Yordenis Ugás Hernández is a Cuban professional boxer who is a WBA Welterweight champion. He is the winner of a gold medal during the 2005 World Championships and has also secured a bronze medal during the 2008 Olympics. As of 2022, Yordenis Ugas net worth is estimated to be around $15 million.

Ugas had been an active boxer since he was a teenager. During the Under 17 tournament for the junior championship in boxing, he was able to become the world champion. He also had some defeats in those early years such as the one with Amir Khan. However, these early experiences were critical for his growth as a boxer.

Yordenis Ugas Net Worth and Career

Ugas started to perform at the lightweight level in 2005 where he was able to dominate the Cuban championships by winning the tournament from 2005 to 2008. He also was successful in winning the PanAm Championships in 2005. Over the years, he became recognized with the nickname of 54 Milagros with the number 54 referring to the number worn by the baseball player Aroldis Chapman who is Ugas’s best friend, and with Milagros being the name of his mother.

Ugas faced some tough opponents in his early career including the Canadian boxer Ibrahim Kamal where he managed to win though he was losing the earlier rounds. Further success would come in 2006 as he was able to win the Central American Championships as well as win the 2006 Boxing World Cup. During the 2008 Olympics, Ugas was aiming to bring home gold but he had to settle for bronze as he had a defeat against Daouda Sow.

You May Also Like:   Russell Wilson Net Worth: How Rich Is the NFL Player in 2022?

In 2010, Ugas moved to the U.S. with the opportunities for a great boxing career being present there. He made his debut that same year and started showing the world his ability as a boxer.

A big moment in his career came in 2019 when he got a WBC welterweight title fight with a boxer named Porter. It was an intense fight with Ugas and his corner celebrating as if they had already won while Porter’s corner just lay looking. Yet, when the decision was made, it was in favor of Porter in a split decision. Ugas was not happy with the decision and nor were many of the fans as they saw this to be a controversial decision.

Ugas has made impressive performances dominating the fights against well-known boxers such as Omar Figueroa and  Mike Dallas Jr. On 6 September 2020, Ugas fought against Abel Ramos for the WBA welterweight title which was vacant at the time.

Ugas was able to be crowned champion as he won via split decision and got hold of the title. Ugas was scheduled to fight with Errol Spence Jr. after Manny Pacquiao had been stripped of his title citing inactivity. However, Errol suffered an injury that led to a fight between Ugas and Pacquiao on August 21, 2021. Many fans were shocked to see that Ugas had beaten Pacquiao via a unanimous decision and has successfully defended the title.

Ugas is currently in a relationship with Dayanara Leon. The two have been together for two years now and even celebrated their anniversary in February of 2021. Together with Dayanara, Ugas has a son. They have also announced their engagement and are soon to get married.

As of 2022, Yordenis Ugas has an estimated net worth of $15 million. Most of his earnings has been from his boxing fight.

Rod Gilbert Net Worth: How Rich was the Hockey Legend Actually?

Victor Ortiz Net Worth: How Rich is the Boxer Actually in 2022?