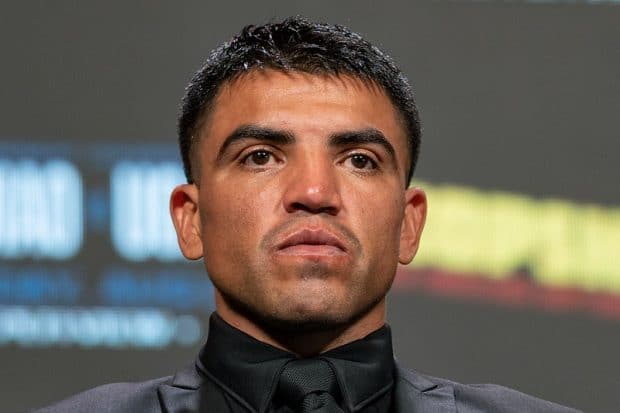 Victor Ortiz is an American professional boxer and actor. He is a former WBC Welterweight champion having won the title in 2011. Ortiz is an exciting boxer for fans because of his aggressive style of fighting. Because of his popularity, he has also been active in acting in several blockbuster films such as The Expendables 3 and Southpaw. As of 2022, Victor Ortiz net worth is estimated to be around $7 million.

Ortiz had some very tough moments in his early life. His mother abandoned him when Ortiz was only seven years of age. His father became an alcoholic after this incident. Things got, even more, worse when his father also abandoned the family after five years. This led to Ortiz and his siblings being raised in a foster care system in Kansas. It is in those early years that Ortiz picked up boxing and didn’t stop ever since.

Ortiz studied at Pacifica High School. A former heavyweight boxer named Ron Lyle had noticed the potential that Ortiz had and guided him towards his first Junior Olympic tournament when he was only 16 years of age. Ortiz trained at the La Colonia Youth Boxing Club where he worked on refining his skill set. He was the winner of the 2003 Police Athletic League national championships.

Victor Ortiz Net Worth and Career

Ortiz became a professional boxer in 2004 when he was still a teenager. He also had excellent and loyal trainers by his side who gave him the necessary mentorship and guidance towards a successful boxing career. The hard work along with mentorship was paying off as he managed to win the Ringside National Title two years in a row. He also had a seven-fight win streak after starting his career.

Though there were some setbacks in some of his encounters, Ortiz had built up an impressive record of 18 wins by 2007 with only 1 loss. Ortiz was impressive in winning bouts via a knockout which made more and more fans attracted to his style of play. Because of the success that Ortiz was having, he was also named as the boxing prospect of the year by ESPN.

Some of his high-profile bouts have been against boxers such as Mike Arnaoutis, Nate Campbell, Vivian Harris, and Floyd Mayweather. The fight against Mayweather ended with some controversy as Mayweather caught Ortiz on a break which many fans were not happy about.

Apart from his boxing career, Ortiz has also made a name for himself outside the ring with his performance on Dancing with the Stars’ sixteenth season. Ortiz has also been a part of a few blockbuster films with him being well known to be part of the action film called The Expendables 3 where he plays a young American soldier. He would later appear in the hit sports drama called Southpaw where he plays a young boxer called Ramone.

Ortiz was rumored to be in a relationship with Vanessa Laine Bryant who is the wife of late Kobe Bryant. He was later linked with Lindsay Arnold who was his partner when he appeared in Dancing with the Stars. Ortiz is currently in a relationship with Deborah Mather with whom he also has a son. He has had problems with the law including a serious allegation of sexual assault in 2018.

As of 2022, Victor Ortiz has an estimated net worth of $7 million. He earned a vast chunk of money as a professional boxer. Apart from that, appearing on several movies has also contributed to his net worth.

Yordenis Ugas Net Worth: How Rich is the Boxer Actually in 2022?

Gervonta Davis Net Worth: How Rich is Tank Davis Actually?