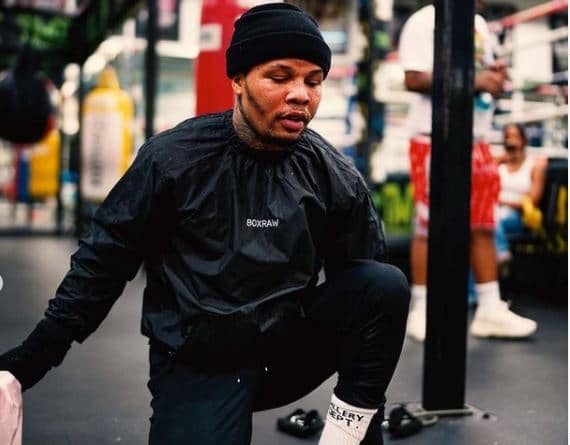 Gervonta Davis, better known as Tank Davis is an American professional boxer. He has won multiple championship titles in lightweight and featherweight classes. Davis was the winner of the National Golden Gloves Championship in 2012. He has won over 200 amateur matches in his career. As of 2022, Gervonta Davis net worth is estimated to be around $6 million.

Gervonta Davis was born on the 7th of November, 1994 in Baltimore, Maryland, United States. He originally belongs from the Sandtown-Winchester community, which is taken as one of the most crime-ridden areas of West Baltimore. For his study, he studied at Digital Harbor High School, however, he later dropped out of school to focus on his career. Davis later achieved a second degree through a GED program.

Gervonta started training at Upton Boxing Center at the early age of 5. His boxing coach was Calvin Ford, and through his hard work, he had a successful amateur career. In fact, he won many national championships including the 2012 National Golden Gloves Championship. He made his professional debut on February 22, 2013, where he faced Desi Williams. Davis registered his first professional match victory over Williams via first-round knockout.

From the start of his debut professional match to August 2014, he had an unbeatable record of 8 wins and no loss. Davis knocked out Alberto Mora on May 22, 2015, and later Recky Dulay on September 12, 2015. He knocked out Mora in 1 minute 14 seconds, and Dulay in only 94 seconds. Davis defeated the former featherweight champion Cristobal Crus on October 30, 2015.

You May Also Like:   Chris Kirk Net Worth: How Rich is the Golfer Actually in 2022?

Davis won the IBF super featherweight title against Jose Pedraza on January 14, 2017. He defeated Pedraza in the 7th round knockout. After the match, he credited his promoter and mentor, Floyd Mayweather, Jr. for the victory, as he learned to stay calm during the match. Later, he faced Liam Walsh on May 20, 2017, where he was defending his title. Davis was very fast and active throughout the match. However, the time was stopped by the referee because he was connecting every shot he threw to Liam, and in the end, Davis was declared as the winner.

Gervonta’s next fight came with Francisco Fonseca, where he had an easy win. He won the fight via knockout in the 8th round. However, the final punch was taken as an illegal punch. Nevertheless, the victory earned him the 10th straight KO victory. The IBF title still remained vacant, because of Davis winning the fight. Davis competed for the WBA (Regular) super featherweight title against Jesus Cuellar on March 5, 2018. He knocked out Cuellar in the third round.

Davis defended his WBA (Super) super featherweight title against Ricardo Nunez in July 2019. He defeated Nunez in the second round in front of 12,000 fans. Davis later moved up to the lightweight division on December 28, 2019, and captured the vacant title of WBA (Regular) lightweight title by defeating Yuriokis Gamboa. He retained his lightweight title when he faced off Leo Santa Cruz on October 31, 2020.

Gervonta was previously dating a lady named Dretta, with whom he also has a baby. The couple celebrated the baby shower together in 2018. Likewise, he was in a relationship with a lady in 2020. He even got arrested on a charge of domestic violence, when he grabbed his girlfriend’s shirt and took her out of Watsco Center in a separate room during a basketball game. Later, he surrendered himself to Coral Gables Police in Florida.

As of 2022, Gervonta Davis has gathered a total net worth value of $6 million. He earned a huge sum from his boxing career. Davis reportedly earned $1 million from his last fight against Leo Santa Cruz. Likewise, he earned $75,000 against Jose Pedraza, $600,000 against Francisco Fonseca, and $350,000 against Jesus Cuellar.

Victor Ortiz Net Worth: How Rich is the Boxer Actually in 2022?

Trevor Bauer Net Worth: How Rich is the Baseball Pitcher Actually?