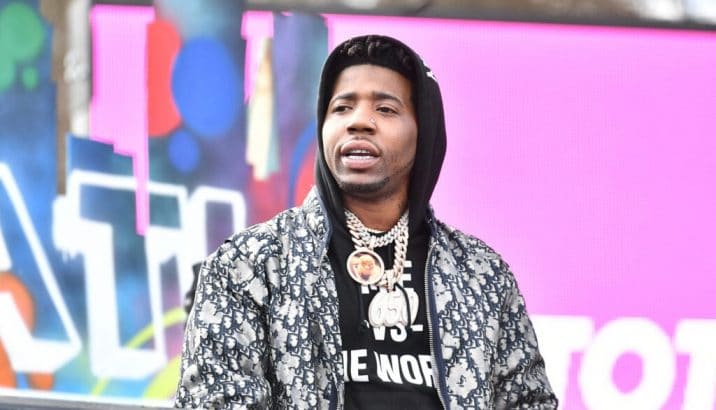 Rayshawn Lamar Bennett, better known as YFN Lucci is a 31 years old American rapper, singer, and songwriter. He is best known for his hit songs “Key to the Streets” and “Everyday We Lit”. As of 2022, YFN Lucci net worth is estimated to be roughly $700 thousand.

YFN Lucci was born Rayshawn Lamar Bennett on the 16th of February, 1991 in Atlanta, Georgia, United States. He was interested in rapping since he was a kid. Lucci was actually inspired by the rappers Tupac, Jay-Z, Lil Wayne, T. I., Fabolous, and Jeezy. His elder brother, YFN Kay is also a rapper.

Lucci was not taking rapping seriously until he was 16. After he listened to the rapper, Johnny Cinco, he decided to pursue a career as a rapper. He came up with his debut mixtape titled “Wish Me Well” in December 2014 after he signed a record deal with the recording label Thing It’s A Game Entertainment.

YFN kept on following his passion for music, and dropped his second mixtape titled “Wish Me Well 2”. The mixtape received a good response from music lovers, which was peaked at the 183rd spot on the US  Billboard 200 chart. The song titled “Key to the Streets” from the mixtape received an overwhelming response. Likewise, the song made its debut on the US Billboard Hot 100 chart peaking at Number 70.

Lucci featured on Meek Mill’s song titled “You Know” in October 2016. The song helped him to boost his popularity. Within two months of the song’s release, he was included in the list of 10 Hip-Hop and R&B Artists to watch in 2017 by Billboard magazine.

Lucci released his debut studio album titled “Ray Ray From Summerhill” on March 9, 2018. He has also been releasing his songs through his self-titled YouTube channel. His most recent released songs are “I Gotcha”, “Wet”, “Rolled On”, “Lucci 1Da”, and “^6 Years Later”.

Lucci has been in on an off relationship with Lil Wayne’s daughter, Reginae Carter since 2018. The pair split first time in 2019. Reginae confirmed her break up with Lucci on T. I. & Tiny: Friends & Family Hustle in April 2020. However, the pair got back together in November 2020. Lucci has four kids with three different moms.

You May Also Like:   Benny The Butcher Net Worth: Height, Age, Real Name & Career

YFN Lucci has gathered an approximate net worth amount of $700 thousand by 2022. He has generated a considerable amount through releasing his album, mixtape, Extended play, and numerous songs.

Tom MacDonald Net Worth: How Rich is the Rapper Actually in 2022?