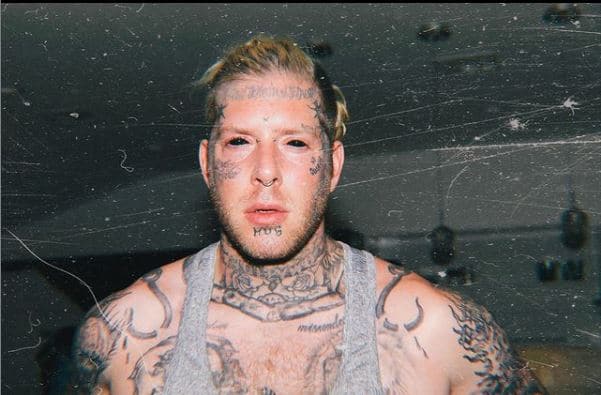 Thomas MacDonald, who is better known as Tom MacDonald, is a Canadian rapper and songwriter. He is best known for the hit song called Fake Woke. As of 2022, Tom MacDonald net worth is estimated to be around $1 million.

MacDonald was born and raised in Canada in a place called British Colombia. However, as he grew up, he would move to Los Angeles where he worked to become a professional wrestler. He performed under the ring name called Allstar.

Tom MacDonald Net Worth and Career

Tom would later focus on his career as a rapper. He was inspired by several superstars such as Pink Floyd, Joe Cocker, and Led Zeppelin. However, his biggest inspiration was Eminem who he has mentioned being the main reason that he got into rap. He believes Eminem to be the greatest rapper that ever lived.

Among his earliest releases was the song called Whiteboy which he released in early 2018. Later on, he also released the song called Straight White Male where Tom had some strong views on how straight white males were being targeted and demonized in people’s perceptions. This led to him being a polarizing figure starting to develop die-hard fans but at the same time also have haters who were against his songs.

Many of his songs try to portray what Tom believes to be the truth that is not communicated to the masses of the public. In 2019, he also released the music video for Cloned Rappers where he claimed that rappers were being cloned and their originals were being disposed of by a group called Illuminati. Such types of claims have led to him having mixed reactions from fans.

He has gone on to release several songs which touch upon different topics including politics, the music industry, and the COVID-19 pandemic. He is an independent artist and has even made specific songs where he criticizes the music industry and the way that it is run. Yet, till now, his biggest success has come with the single called Fake Woke which started at number 96 in the Billboard Hot 100 and was the leader in digital sales.

Tom MacDonald has been in a relationship with Nova Paholek who is better known as Nova Rockafeller. She is also a rapper from Canada and has helped to direct the music video of several of Tom’s songs. The two started dating in 2017 and now live together.

As of 2022, Tom MacDonald has an estimated net worth of $1 million. Tom is different in the sense that he is an independent artist and has had to do things differently as well. He has been able to sell more than 100,000 albums on CD to fans which is a great feat in the modern-day. He also has his merchandise line with many of the merchandise created being based on the songs that he writes.

YFN Lucci Net Worth: How Rich is the Rapper Actually in 2022?