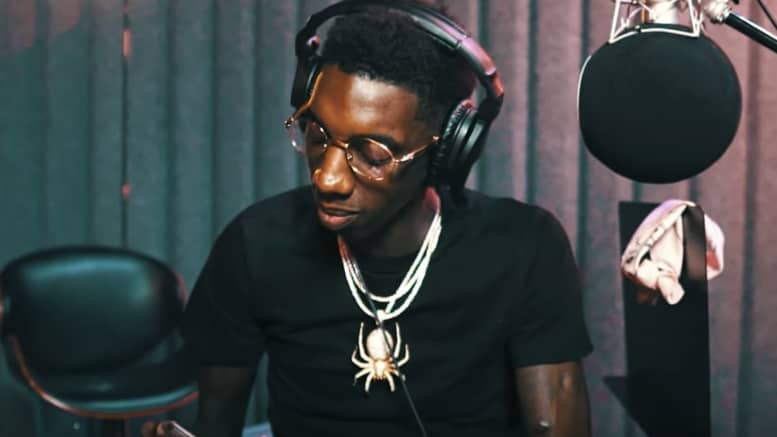 Demarcus Davis, better known as Maine Musik is a 28 years old American rapper. He is best recognized for his songs “Came wit the Game”, “Aw Mane”, and “Shine on Me”. Maine is also known for his collaboration with the rapper, Tec Luciano. As of 2022, Maine Musik net worth is estimated to be around $100 thousand.

Maine Musik was born Demarcus Davis on the 17th of May, 1994 in Baton Rouge, Louisiana, United States. Nothing is much known about his early life, parents, and educational background. He seems to have a passion for music from the beginning. Maine was inspired by the rappers Boosie Badazz and Soulja Slim, because of whom he took rapping as his career destination.

Maine showed up as one of the emerging artists in the late 2010s. He received early notice as being a part of the Master P’s musical ground Money Mafia. He was signed earlier with the recording label No Limit Forever, which gave him a solo track titled “Social Media Gangsta”.

You May Also Like:   Ant Glizzy Net Worth: How Rich is the Rapper Actually in 2022?

Maine and TEC have given some amazing songs. On August 26, 2016, the duo released an official music video of the song titled “Go Crazy”. To date, the video has been viewed by more than 16 million people. Likewise, the duo gave another hit song “Aw Mane”, which also features the rappers Yungin and Tayda Santana on June 26, 2017. The official music video of the song was released on World Star Hip Hop YouTube, and as of now, it has garnered more than 3.2 million views.

Maine has also been able to shine as a solo artist. He has sung a song titled “Insurance”. The music video of the song was released on September 7, 2017, on Str8 Up Ent YouTube channel. In nearly four years, the video has been viewed by over 5.5 million people.

His other song which has created magic in the music world is titled “Daughters”, which was released on January 27, 2018. To date, the video has received more than 4 million views. Maine also received an overwhelming response for his solo track “Soulja Slim Flow 2”, whose music video was uploaded on January 21, 2018. As of now, it has crossed 5 million views and received likes over 45K.

Maine Musik currently stands at a height of 5 feet 7 inches or 1.70m tall and weighs around 60 kg or 132 pounds. His chest size, waist size, and arms size are not available at the moment. Likewise, his hair color and eye color are both black.

Maine Music’s present relationship status is unknown. In the past, he was in a relationship with a lady named Daphanie. However, we have not got any details on his love life with a mysterious lady. As per sources, he is the father of 3 daughters and a son.

In the past, Maine has been in prison for some time after he was found possessing a stolen firearm illegally. As per reports, he also has a connection with ISIS, and he has an access to military weapons. Last year, Maine was arrested by the police for uploading a threatening status to Donald Trump on Instagram. He also threatened to shoot the former president.

As of 2022, Maine Musik’s personal wealth is estimated to be around $100,000. He doesn’t seem to be much involved in creating music these days. Though he is surely a talented music artist, and would surely receive more fame if he comes up with some amazing numbers in future.

Tom MacDonald Net Worth: How Rich is the Rapper Actually in 2022?