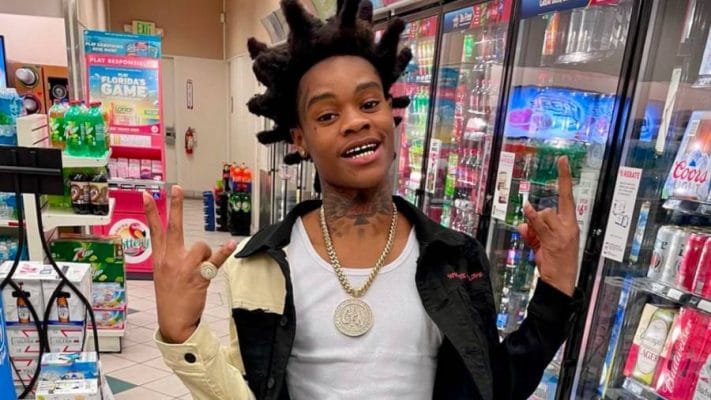 Kuttem Reese is a 21 years old rising rapper from Florida. He is best known for his songs “My Story, “Feel It” and “No Statements”. Kuttem Reese net worth is still under review at the moment.

Kuttem Reese was born in 2001 in Orlando, Florida, United States. He has not shared enough information on his early life, parents, and academic background. Reese seems to have an early interest in music. However, we are yet to get more information on how he got influenced on making his way to music.

It has not been a long time since he released his first song. He came up with his debut song titled “My Story” in May 2020. The song helped him to take early steps toward his musical dream. He released an official music video of the song on May 27, 2020, on his self-titled YouTube channel. The song was successful to create a positive impression among music lovers. It receives over 171K views on YouTube.

You May Also Like:   DaniLeigh Net Worth: How Rich is the Singer Actually in 2022?

Reese soon came up with another song titled “Rockstar” and released it on June 16, 2020. He dropped the music video on June 16, which was successful to garner over 137K views. The song helped him to add another block of success to his music career. The same month, he dropped another single titled “M. O. B”, which received over 153K views.

Kuttem received further recognition after releasing two songs titled “Feel It Shot” and “RugRat Shot”. On August 19, 2020, he dropped another song on YouTube titled “No Statements”. The song received over 1.2 million YouTube views. It became his first song which crossed a million views. After that, he gave few amazing songs titled “Elevation”, “Dodge”, “Call It”, “Madden”, and “Be Here”.

Reese released his first album titled “Kutt Dat Boy” on May 7, 2021. The album includes a total of 15 songs. Recently, he has been releasing the official audio version of songs from his debut album on YouTube. A week back, on May 8, 2021, he released an official video of his song titled “All 10”. The song also features a rapper, Chief Keef.

Kuttem Reese is presently dating a lady named Fyeliaa. He has not yet got married to Fyeliaa, but, he is madly in love with her. Kuttem also shares a daughter, Jeilani Mylia, from his lady love, Fyeliaa. Reese is also getting popular on Instagram. He is currently followed by 206K people on his official Instagram account @kuttemreese_.

You May Also Like:   21 Savage Net Worth, Age, Height, and Real Name

The young rapper, Kutten Reese has not yet disclosed his true net worth figure. But, according to our estimate, his net worth would be around $50 thousand. He has just started his career and is yet to get more fame in the future. Kuttem might also be getting a good amount of money from his YouTube channel, where he has 41.4K subscribers, and a total of over 8 million views.

DaniLeigh Net Worth: How Rich is the Singer Actually in 2022?