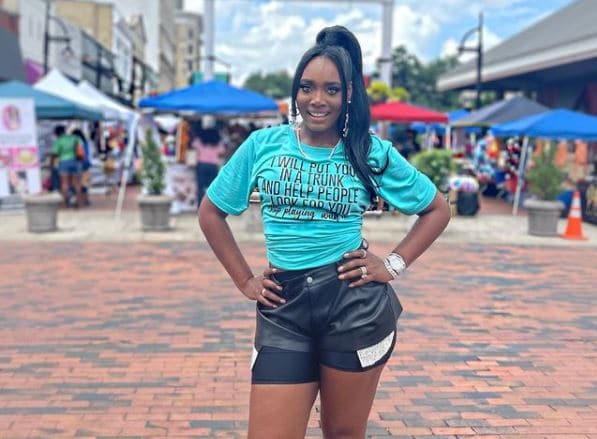 Yandy Smith is an American reality star and entrepreneur. She is best known for appearing as a main cast member on VH1’s reality series “Love & Hip Hop: New York”. Smith also serves as a president, and brand manager of a lifestyle brand, Everything Girls Love. As of 2022, Yandy Smith net worth is estimated up to be roughly $15 million.

Yandy Smith was born on the 19th of March, 1982 in Harlem, New York, United States. She has not shared enough detail on her early life and parents. For her study, she attended Howard University from where she graduated in 2004.

Smith started her professional career working as an Executive Assistant at the multi-media company, Violator Management. While working in the company, she has served famous personalities like Missy Elliott, LL Cool J, and 50 Cent. Smith happened to meet the rapper, Jim Jones while traveling on a private jet. After meeting Jones, she left the Violator and became his full-time manager.

In 2006, the cable network, VH1 approached Jim Jones for a reality show which was supposed to be called “Keeping Up with the Joneses”. However, the concept of the show was later changed, and renamed “Love & Hip Hop”. Though, Jones was still a part of the series where he was surrounded by his girlfriend, Chrissy, and her friends.

Smith made her first appearance on the reality series during its first season, though it was just like a cameo. But, she made an entry as a main cast member in the second season of the reality show. The second season revolved around the issues she had with Jones while she was working as his manager. Yandy had a big fight with Jones’ girlfriend, Chrissy, during that season, which ultimately ended her relationship with Jones.

Smith has been a part of the series “Love & Hip Hop: New York” until its 10th season. Besides earning fame as a reality star, she has also gathered other several work experiences. She has worked as a consultant at the Warner Music Group, Atlantic Records, and Columbia. She is also serving as a talent agent at a company named Monami Entertainment.

Yandy Smith is married to former real estate developer, Mendeecees Harris. She exchanged the wedding vows with Harris on May 25, 2015. Their wedding ceremony was aired live on the VH1 network. The pair have recently renewed their wedding vows on May 24, 2021, at Bab Al Shams Desert Resort-Dubai.

As per sources, their ceremony was attended by around 60 people which includes their family, friends, and castmates. All the guests were tested for COVID-19 before they attended the event. Smith is the mother of two kids; Omare Harris, and Skylar Harris. She has also adopted a girl named Infinity Gilyard.

As of 2022, Yandy Smith’s personal wealth is estimated to be around $15 million. She has earned the hefty sum from her involvement in the entertainment industry for a decade. Smith is also earning a handsome amount from her entrepreneurial work as she is a part-owner of the lifestyle brand, Everything Girls Love.