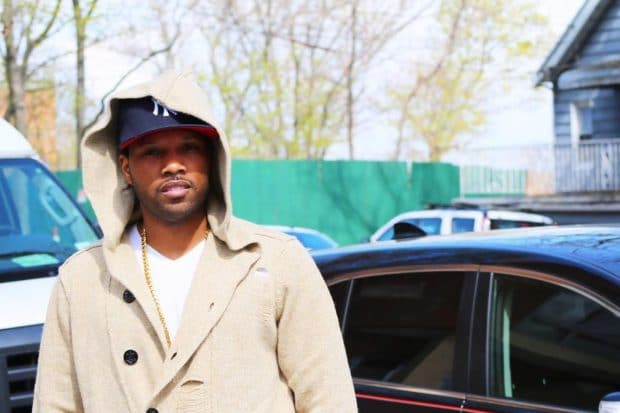 Mendeecees Harris is an American reality star and entrepreneur. He is best known for his appearance on the VH1’s reality series “Love & Hip Hop: New York”. Harris was the owner of the Beat Factory Music studio, and he has worked as a hip-hop producer and manager. As of 2022, Mendeecees Harris net worth is estimated to be roughly $900 thousand.

Mendeecees Harris was born on the 26th of October, 1978 in New York, United States. He was born to Panamanian parents, Robert and Judy Harris. Harris grew up with his brother, Tyrus Harris. He has not provided any details on his educational background.

Harris has spent his childhood days in the St. Nicholas housing projects. While growing up there, he was trying his hands to establish himself as an entrepreneur. He was also in the real estate development business. Though, he has not specified much about his work experience in the real estate business.

Harris later started the music studio called Beat Factory Studio based in The Bronx. Through the studio, he has managed several NYC-based rappers like Webstar and Vado. Harris has been mostly recognized for appearing on the VH1’s reality series “Love & Hip Hop: New York”.

For the first time, he appeared in the series as a supporting cast member in season three. The third season showed his relationship with his then-girlfriend, Yandy Smith. During the season, the pair became engaged and gave birth to their first child, Omere. They had a plan of getting married in the season, but, their wedding plan was interrupted after he was surrounded by legal issues.

Harris entered during the four-season, but, he continued to make his presence in the show through phone call conversations with his girlfriend, Yandy. In season five, he returned in the series after releasing on bail. During the season, Yandy Smith gave birth to their second kid, Skylar.

Harris and Yandy Smith officially got married live on May 25, 2015. Their wedding ceremony was aired live on VH1 as a part of the special “Love & Hip Hop Live: The Wedding”. Harris was again locked up in prison for eights years during the sixth season.

He made a shocking revelation about his marriage while he was behind the bars in the seventh season. He went on to reveal that his wedding aired on VH1 was symbolic and not legal. After that, he continued to make an appearance on the series during its 7th, 8th, and 9th season even he was sentenced into prison,

Mendeecees Harris is married to the reality star, Yandy Smith. They exchanged their wedding vows on May 25, 2015. Harris also had an elder son with his ex-girlfriend, Samantha. Likewise, he has another son named Aasim with his former girlfriend, Erika.

His former girlfriends, Samantha and Erika even teamed up together to call out Harris on his past relationship affair with Erika. He was still serving out his 8-year sentence in prison when Smith, Erika, and Samantha battled out their issues on the reunion show. In the end, Harris was called to the reunion show to clear all matters with his ex-girlfriend, Erika.

You May Also Like:   Gary Drayton Net Worth: How Rich is the Oak Island Star Actually?

After all the drama and conflicting issues, Yandy still stood by Harris’ side, and she welcomed him home with their two kids after he was released the prison. Harris was arrested in January 2013 on a charge of molesting a 15-year-old girl. He would have been convicted in prison for 20 years if was convicted.

As of 2022, Mendeecees Harris’ personal wealth is estimated to be around $900 thousand. His net worth would be over $5 million for sure if he was not forced to pay a fine of $5 million on a charge of distributing heroin and cocaine. On the other hand, his wife, Yandy Smith holds a huge net worth amount of $15 million.