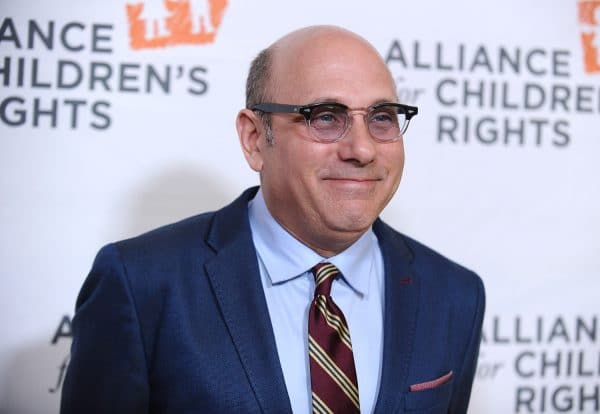 Willie Garson was an American actor, who is best known for his portrayal of Stanford Blatch on HBO’s romantic comedy series “Sex and the City”. Garson has been a part of more than 75 movies, and over 300 TV episodes. Willie Garson net worth at the time of his death is estimated to be around $10 million.

Willie Garson was born on the 20th of February, 1964 in Highland Park, New Jersey, United States. He was born to his parents, Donald M. and Muriel Paszamant. Garson attended the summer camp, Camp Wekeela for 11 years. For his study, he attended the Highland Park High School from where he graduated in 1982.

Willie made his movie debut in 1986 where he appeared in a TV movie titled “The Deliberate Stranger”. That same year, he appeared on the small screen in an episode of NBC’s TV sitcom “Family Ties”. Since his first TV appearance, he has been a part of numerous TV series.

Some of his early appreciable small screen performances came in the TV series “NYPD Blue”, “VR. 5”, “Caroline in the City”, “Melrose Place”, “Ally McBeal”, “Ask Harriet”, “Buffy the Vampire Slayer”, “Conrad Bloom”, “Party of Five”, and “Star Trek: Voyager”. But, the breakthrough performance that made him recognizable in the entertainment world came in 1998, when he appeared as Stanford Blatch on HBO’s romantic comedy series “Sex and the City”.

Garson was last seen playing the recurring role of Steve Lomeli in the superhero TV series “Supergirl”. He had also been excellent with his movie roles. His most noticeable movie performances came in “Sex and the City”, “Sex and the City 2”, “Shannon’s Rainbow”, “Labor Pains”, “Periods”, “Walk of Shame”, and “The Polka King”. He appeared as a Casino Manager in his last released movie titled “Magic Camp”.

Willie Garson had spent all his life alone. We don’t have enough information on his romantic linkups. However, as per the reports, he shared a good bond with his Sex and the City co-star, Sarah Jessica Parker. They actually met on a blind date, but after the pair realized that they would not be a great match, they rather preferred to be just friends.

Willie had portrayed the character of a gay man on Sex and the City. But, in real life, he was more of a heterosexual. Garson had an adopted son named Nathen, whom he adopted in 2009. The veteran actor was battling cancer for a long time.

Willie passed away on September 21, 2021. His death news came as a shock for all his fans. Nathen, his adopted son gave confirmation to his death news. However, the real reason behind his death has not got disclosed yet.

Willie Garson had earned a total net worth of $10 million before he died on September 21, 2021. He has gathered huge money all from his acting career.

Melvin Van Peebles Net Worth: How Rich was the Actor Actually?

AJ Johnson Net Worth: How Rich was Anthony Johnson Actually?