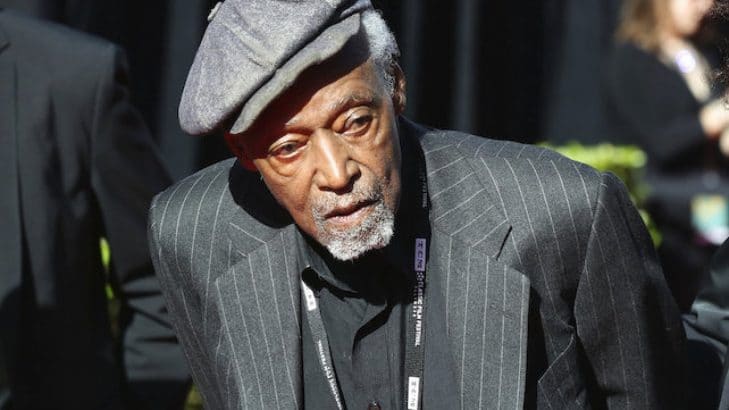 Melvin Van Peebles was an American actor and filmmaker.  He was known as the godfather of black cinema because of the contribution that he made in films for the African-American community. Among his well-known films include the hit Sweet Sweetback’s Baadasssss Song. Melvin Van Peebles net worth at the time of his death is estimated to be around $3 million.

Melvin grew up in Chicago with him being well educated having received his B.A. focused on literature from the Ohio Wesleyan University. After completing his studies, Melvin thought that it would be best to serve for the Air Force considering the situation that the U.S. was going through at that time.

Melvin served in the Air Force for close to 4 years after which he started to work as a gripman for cable car services. Yet, within himself, there was a writer and creator. It is because of this inclination that Melvin wrote about the experiences he had as a gripman in his book called The Big Heart.

One day while going somewhere, Melvin got into a talk with a passenger who recommended that he become a filmmaker. He contemplated on the idea himself and knew that within himself there was a person with interest in the art of creating films.

You May Also Like:   Jay Pickett Net Worth: How Rich was the General Hospital Actor?

This is why Melvin decided that he was going to create his first short film which was titled Pickup Men for Herrick which was released in 1957. As he gained more experience in filmmaking, Melvin made two more short films of the same nature.

He was starting to get insights into the industry and how he could best position himself to succeed which led to him going to Hollywood where his goal was to find a job as a director. However, this plan didn’t work out as he wanted it to be.

Melvin then decided to move his family to the Netherlands since one of his aspirations was to study astronomy. Yet while he was on his travels to Europe he would meet a person named Amos Vogel who owned Cinema 16. After talking with him, Melvin’s two short films were placed in his catalog of rentals.

Yet, this would be an opening for Melvin as this connection led to him working on creating a new short film based in France called Les Cinq Cent Balles. Furthermore, he got more work as a writer in France and also started to work on doing reporting for the France Observateur.

The film was critically acclaimed for bringing the topic of racism that was rampant in the U.S. at the time. He then worked on releasing the film called Sweet Sweetback’s Baadasssss Song which was released in 1971 which he made through both his savings as well as taking a $50,000 loan.

This was a huge risk that Melvin was taking but it would pay off big time as the film managed to gross more than $10 million. This was huge at the time and it led to Melvin being able to establish himself as an adept filmmaker.

Melvin was married to Maria Marx. For a period of their lives, they lived in Mexico where their son Mario Van Peebles was born who followed in his father’s footsteps and became a director himself. However, the marriage between Melvin and Maria didn’t last and so they decided to get divorced.

At the age of 89, Melvin Van Peebles passed away at his home in Manhattan on September 21, 2021. He is survived by his son Mario.

As of 2022, Melvin Van Peebles has an estimated net worth of $3 million. He earned the majority of that money by appearing and directing several movies.

Michael Winslow Net Worth: How Rich is the Police Academy Star?

Willie Garson Net Worth: How Rich was the Actor Actually in 2022?