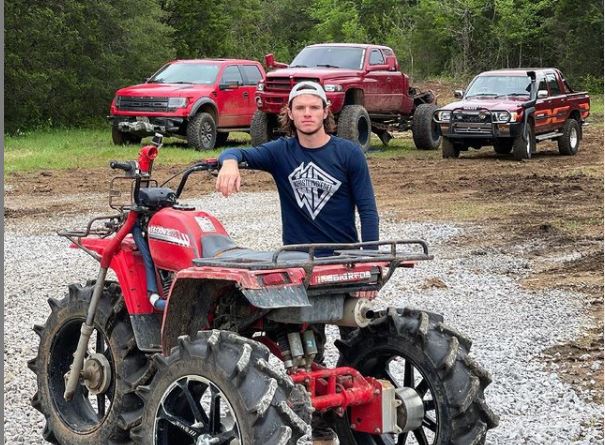 Cody Detwiler, better known as WhistlinDiesel is an American YouTube star. He is best known for publishing a variety of videos related to motor vehicles. WhistlinDiesel mostly makes videos of himself attempting dangerous stunts with trucks and other motor vehicles. He is also popular for his claim that he never posts videos for clickbait. As of 2022, WhistlinDiesel net worth is estimated to be roughly $2 million.

WhistlinDiesel was born Cody Detwiler on the 18th of July, 1998 in Indiana, United States. He was raised in the rural areas of Indiana. Cody grew up in a family that owns an automobile business. His family also has a construction and farming background, which helped him to learn a lot about trucks, farming, and other different equipment.

Cody started his YouTube channel on January 7, 2015. After graduating from high school, he started to post videos regularly on YouTube. To date, he has made many videos due to which he has gathered a massive fan following. Many of his videos have gone viral and gained the attention of viewers.

One of his viral videos is titled “Fourwheeler on Reaper wheels literally tills dirt”, which was uploaded on August 9, 2019. To date, the video has received over 14 million views. He receives people’s applaud for his creativity in the video where he attached dangerous sharp reaper wheels on a normal four-wheeler, that converted the vehicle into a super tiller.

Cody’s other video that went viral has the title “Monstermax drives in the Ocean (Police, Coast Guard, EPA, and DNR called).” The video was uploaded on November 17, 2020, and to date, it has garnered over 18 million views. He was seen making the risky attempt of driving a huge monster truck in the ocean. Cody received mixed reactions from people as the officials around the ocean got angry for his careless behavior.

Cody also went viral when he went through a near-death experience with a bullet. The bullet just missed the center of his forehead, when he went on to test the long arm rifle to check whether the bullet would pass through the steel plats on the ground.

However, the bullet landed at the wrong angle on the plates due to which it was deflected and got back to his head. After going through CT scans, it was found that the bullets hadn’t done any serious damage to his skull. Diesel has most recently made a video on the title “I bought half of America”. The video has crossed 1 million views in just one day.

WhistlinDiesel is a married man. He has not yet disclosed his wife’s name. But, his wife is as popular on social media as Mrs. Whistlin. She also has her own YouTube channel, where she posts content related to automobile videos. As of now, Mrs. Whistlindiesel has around 114k subscribers on her channel.

As of 2022, WhistlinDiesel’s personal wealth is estimated to be around $2 million. He has made a huge amount from making videos on YouTube. As per the source, he receives an average of 1.2 million daily views on YouTube, which generates an estimated daily revenue of $6,000, and annual revenue of $2.2 million.

Coryxkenshin Net Worth: How Rich is the YouTuber Actually in 2022?