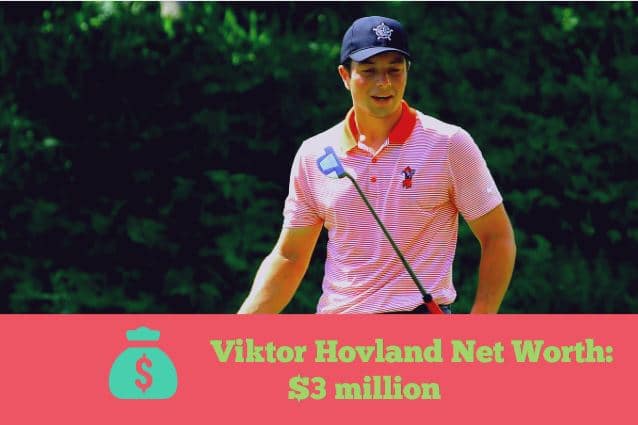 Viktor Hovland is a professional golfer from Norway. He is best known for winning the 2020 Puerto Rico Open. As of 2022, Viktor Hovland net worth is estimated to be around $4 million.

Hovland was born on September 18, 1997, in Oslo, Norway. He played his collegiate golf at Oklahoma State University. As an amateur, Hovland has won several titles including the Norwegian Amateur Golf Championship in 2014.

In 2018, he won the U.S. Amateur championship becoming the first Norwegian player to do so. With that win, he earned an invitation to the 2019 Masters Tournament, the 2019 U.S. Open, and the 2019 Open Championship.

Hovland turned pro in 2019 after the U.S. Open. As a professional golfer, he made his debut at the 2019 Travelers Championship. At the Albertsons Boise Open in 2019, he finished tied for second, and with that place, he secured a PGA Tour card for the 2019-20 season.

You May Also Like:   Top 20 Richest Race Drivers Ranked by Their Net Worth 2022

In February 2020, Hovland won the Puerto Rico Open making him the first Norwegian to do so. In December 2020, he got his second PGA Tour win at the Mayakoba Golf Classic.

What is Viktor Hovland Net Worth Actually?

As of 2022, Viktor Hovland net worth is estimated to be roughly $4 million. A majority of that money comes from his successful career as a golfer. Breaking down his earnings, the Norwegian golfer earned more than $1.9 million in the 2019-20 season and $1.8 million in the 2020-21 season.

In addition to that, Hovland also receives a hefty sum of money from his sponsors. He has signed an equipment deal with Ping and also apparel brand J. Lindeberg.

Tyron Woodley Net Worth: How Rich is the Retired MMA Fighter?

Cris Collinsworth Net Worth: How Rich is the Sports Broadcaster?