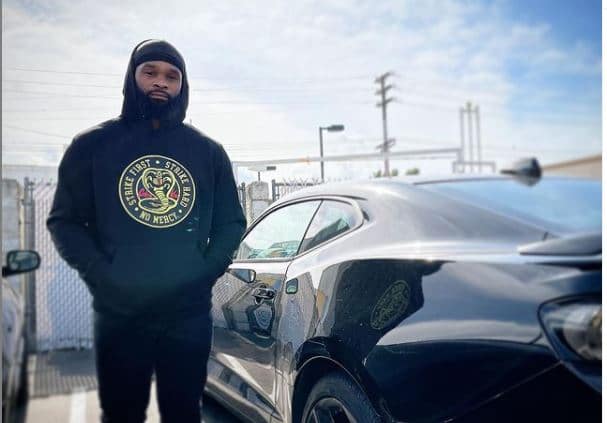 Tyron Lakent Woodley is an American MMA fighter and broadcast analyst. He was a part of the UFC where he was the UFC Welterweight Champion and won five championships. As of 2022, Tyron Woodley net worth is estimated to be around $4 million.

Tyron was born on April 17, 1982, in Ferguson, Missouri. He is the 11th of 13 children. From a young age, Tyron was involved in wrestling with him competing in American football during his days in high school. Among his earliest achievements was winning the Missouri 4A Men’s State Championship in 2000. He then went to the University of Missouri where he became a two-time All-American and graduated with a major in Agricultural Economics.

Tyron Woodley Net Worth and Career

Tyron’s first-ever professional fight would be on February 7, 2009, where he faced off against Steve Schnider which he won in the very first round via submission. That same year he would make his debut for Strikeforce. Soon, he would sign a contract with them for six fights. With good performances and several submissions, he would extend his contract even further. However, he was unable to win the Strikeforce Welterweight Championship in 2012.

In 2013, Tyron would start a new chapter in his career by signing with the Ultimate Fighting Championship (UFC). He made his debut against Jay Hieron and would beat him via knockout within 36 seconds. The very next year Tyron got a new contract for 8 fights with the UFC.

His big moment would come in 2016 when he faced Robbie Lawler and won via knockout to claim the UFC Welterweight Championship with excellent performance. He then had two great matches with Stephen Thompson in defense of the title with him winning both of them in very tight matches. He successfully defended the title against Demian Maia and Darren Till as well.

Yet, in 2019, Tyron would face Kamaru Usman in a match which Usman dominated completely and he would lose via unanimous decision. The loss led to Tyron losing his title which he was able to retain for 3 years. He lost three fights consecutively after this with Dana White forcing him to retire.

Tyron faced Youtuber Jake Paul in a boxing match which is his first-ever involvement in his career. He lost the match via unanimous decision. Other than fighting, Tyron has also been involved in roles in different films such as Straight Outta Compton, Kickboxer, Escape Plan: 2, and the Indian film Sultan.

Tyron was formerly married to Averi Woodley. The two had met in high school and gotten together. However, they seem to have separated with Averi mentioning in her Instagram as the Best Ex-Wife. Tyron has four children who he regularly features on his social media feed.

You May Also Like:   Russell Henley Net Worth: How Rich is the Golfer Actually in 2022?

As of 2022, Tyron Woodley has an estimated net worth of $4 million. He has made most of his money through the UFC as well as brand endorsements.

Viktor Hovland Net Worth: How Rich is the Norwegian Golfer?