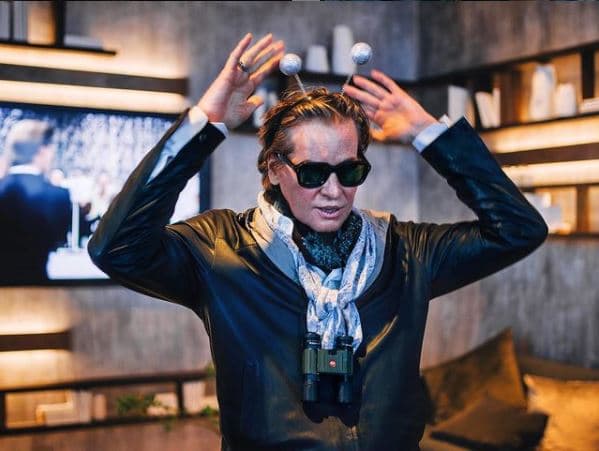 Val Edward Kilmer is an American actor who is best known for starring in multiple hit films such as Real Genius, Top Gun, Batman Forever, and Tombstone. As of 2022, Val Kilmer net worth is estimated to be around $30 million.

Val Kilmer was born on December 31, 1959, in Los Angeles, California. He studied at Berkeley Hall School but would later transfer to other schools too such as Chatsworth High School and Hollywood Professional School.

Kilmer had an early interest in acting and would be accepted into the Julliard School’s Drama Division making him the youngest person to be accepted there at the time. Kilmer was impressive during his time there where he was part of the writing process as well as starring in the play they developed called How It All Began.

Val Kilmer Net Worth and Career

Yet, it would be his involvement in the film called Top Secret that would be his breakthrough role as this film became a big hit in the comedy genre. As Kilmer gained the trust of producers about his expertise and growing popularity, he started to land more and more roles.

You May Also Like:   Taylor Sheridan Net Worth: How Rich is the Director Actually in 2022?

Kilmer would later become part of the cast of Top Gun which would become a blockbuster after grossing more than $340 million in the box office worldwide. In recent times, he has appeared in Song to Song in 2017 as well as the film called The Snowman was released that same year. He also reprised his role in the Top Gun sequel called Top Gun: Maverick.

Kilmer has dated many well-known women over the years including Ellen Barkin and Cher. Kilmer met Joanna Whalley in the set of the fantasy called Willow where Joanne was his co-star. The two would later marry and have two children together. However, they divorced later because of their differences.

In his memoir called I’m Your Huckleberry, Kilmer has mentioned that he hasn’t had a girlfriend in over 20 years which does make a part of his day very lonely.

As of 2022, Val Kilmer has an estimated net worth of $30 million. He earned $7 million for his role in Batman Forever back in 1995 and around $9 million for At First Sight. During that time, he was among the highest-paid actors.

Kilmer used to own over 6,000 acres of a ranch in New Mexico which he would later list for sale for $33 million. He sold a large part of the ranch to a billionaire for $18.5 million while he still owns a part of the property even today.

Nicholas Brendon Net Worth: How Rich is the Actor Actually in 2022?

Ron Jeremy Net Worth: How Rich is Ron Jeremy Actually in 2022?