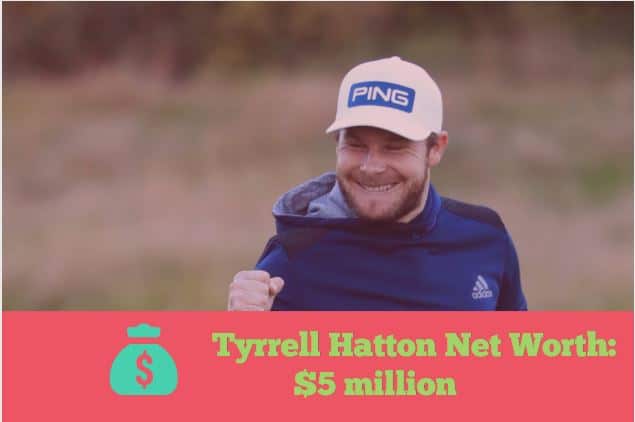 Hatton was born on October 14, 1991, in High Wycombe, Buckinghamshire. He went to Great Marlow School where he started playing golf. His father Jeff Hatton is his coach. As an amateur, he qualified for the 2010 Open Championship.

Hatton turned pro in 2011 and mainly played on the PGA EuroPro Tour and the Jamega Pro Golf Tours. His first win came at Woodcote Park Golf on the Jamega Tour while the second one came at Caversham Heath. In 2012, he won the Rookie of the year award.

Hatton’s first win on the European Tour came in 2016 after he won the Alfred Dunhill Links Championship title. With that win, he went inside the top 35 of the Official World Golf Ranking.

You May Also Like:   Dylan Frittelli Net Worth: How Rich is the South African Golfer?

He had a difficult period in 2017 but nonetheless competed at the British Masters. A week later, he won the Italian Open. Hatton was in a winning team in the 2018 Ryder Cup. Europe defeated the U.S. team and Hatton was one of the key contributors to win that match.

Who is Tyrrell Hatton’s Girlfriend?

Regarding his relationship status, Hatton is currently in a romantic relationship with a girl named Emily Braisher. They are both active on social media and post photos of each other regularly.

Tyrrell and Emily have been in a relationship since 2015.

What is Tyrrell Hatton Net Worth Actually?

In addition to that, he also earns a hefty amount of money from endorsement deals. He signed a long-term deal with MODEST. Although the financial details are not available publicly, we can say that he earns close to $2 million to $3 million per year.

Danny McCray Net Worth: How Rich is the NFL Player Actually?

Bobby Bowden Net Worth: How Rich is the Legendary Coach Actually?