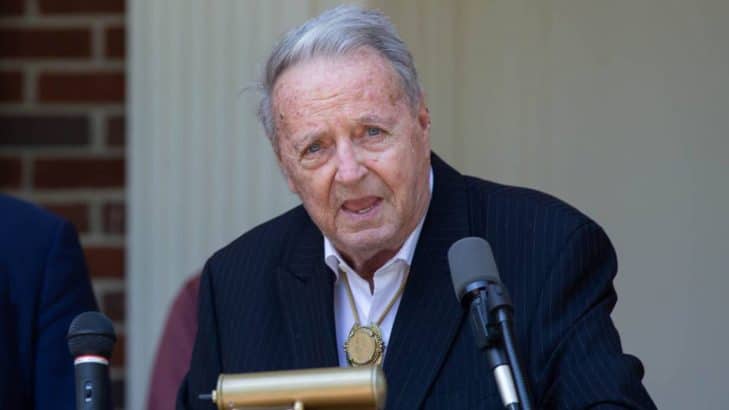 Robert Cleckler Bowden, who is better known as Bobby Bowden, is a retired American football coach who is known to be among the best college football coaches having coached the Florida State Seminoles football team for 33 years. Bowden holds the record for his Seminoles team finishing in the AP top 5 for 14 consecutive seasons. As of 2022, Bobby Bowden has an estimated net worth of $14 million.

Bowden was born on November 8, 1929, in Birmingham, Alabama. When Bowden was just 13 years old, he suffered from rheumatic fever which left him stuck in bed for over a year. It was during this time that Bowden started to follow college football where he would be listening about the University of Alabama football.

Once he recovered, he became a great football player himself for Woodlawn High School. He then went to the University of Alabama where he played as a quarterback. He then transferred to Howard College where he continued to excel in football and even garnered the All-American honors as a quarterback.

Bobby Bowden Net Worth and Career

After graduation, Bowden started to work as an assistant football coach at Howard College. He would later take the role of Athletic Director at South Georgia College till 1958. However, he would be fired from there and would return to Howard as a head coach. He was able to provide great performances there which helped him to start working as an assistant coach at Florida State University. Over the years, Bowden worked as an assistant coach for West Virginia University and eventually became associated with the Florida State Seminoles.

This is where Bowden was able to show his abilities as a coach as Florida State excelled under him. It seemed that Bowden had found the perfect job which was also close to his mother and mother-in-law’s homes.

Over the years, Bowden would establish an amazing record having lost in only one season among the 34 years that he spent there. Though there were several opportunities presented to him by other teams such as LSU and Atlanta Falcons of the NFL, he decided that he would continue for the long-term with the Seminoles.

In 1949, Bowden got married to Ann Estock who was his childhood sweetheart. The two have raised six children together and are the grandparents to 21 children as well. Bowden identifies himself as a Christian and has even mentioned that his success as a football coach is because of his strong faith.

He has also been active in philanthropy having been part of the Fellowship of Christian Athletes for which he received the Children’s Champion Award for Leadership Development. Bowden’s sons have also followed the path of their father as three of his son’s Tommy, Terry, and Jeff have been active as head coaches and coordinators for different teams. Bowden was diagnosed with a terminal medical condition on July 21, 2021.

As of 2022, Bobby Bowden has an estimated net worth of $14 million. He earned a vast chunk of that money during his successful coaching career which spanned for over three decades.

Devin Booker Net Worth: How Rich is the NBA Player Actually?