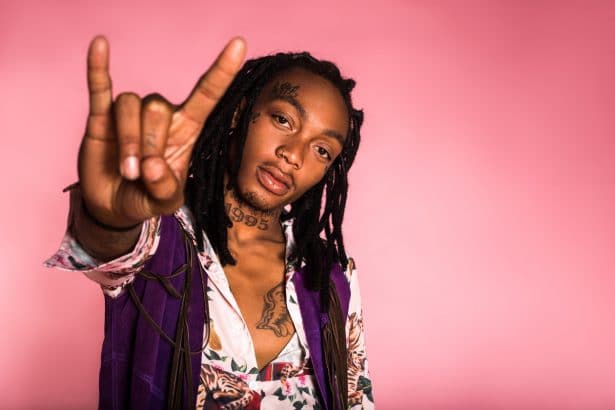 Tyler Jamal Brown, better known as Tyla Yaweh is a 27 years old American rapper, singer, and songwriter. Tyler is best known for his hit songs “Gemini”, “She Bad” and “Wildlife”. He is currently signed under two record labels; London Entertainment and Epic Records. As of 2022, Tyla Yaweh net worth is estimated to be roughly $1.5 million.

Tyla Yaweh was born on May 31, 1995, in Orlando, Florida, United States. He lived his early childhood living in a surrounding where drugs and violence were very common. Tyla also got involved in drug activities, due to which, he was thrown out of his house by his mother. Later, he moved his place from Florida to Los Angeles along with his friends.

Tyla, while living in Los Angeles, was noticed by the rapper, Post Malone and his manager, Dre London. Considering his immense musical talent, he was eventually signed on Malone’s record label, London Entertainment.

He released his first song titled, Drugs and Pain on November 22, 2017. The official music video of the song was released on January 12, 2018. It was able to garner the wide attention of music lovers, receiving 1 million views on YouTube. Following that, he dropped several other songs, including “Wildlife”, “Goals” and “Gemini”.

The three songs performed really well, hitting millions of streams on streaming platforms like Spotify, SoundCloud, and YouTube. He gave another hit song titled “She Bad” on November 19, 2018. The song received over 4.4 million views on YouTube. On February 22, 2019, he released his first mixtape titled “Heart Full of Rage”.

After giving few hit songs, he continued to deliver some more enchanting songs like “They Ain’t You”, “High Right Now”, “Ain’t What It Seems”, “Wraith Skating”, “Salute” and “Adderall”. On July 1, 2019, he collaborated with French Montana and gave another big hit “Salute”. The music video of the song received 5 million views on YouTube.

He delivered another massive hit, “Who Shot Johnny?” on September 4, 2019. The song received over 4.7 million YouTube views. In January 2020, he collaborated with the famous rapper, Wiz Khalifa and dropped the song “High Right Now”.

The song was a massive hit, which crossed over 14 million views on YouTube. His most recent songs, which created magic in music platform includes “Stuntin’ On You” and “All the Smoke”.

Tyla Yaweh has not mentioned any information regarding his love affairs. Likewise, we didn’t get any hint of him being getting involved in a love relationship with anyone yet. He seems to be focusing more on his music career right now. Tyla is growing his fan base on Instagram, where he has 589K followers.

As of 2022, Tyla Yaweh’s personal wealth is estimated to be around $1.5 million. He has been able to gather a huge amount all from his music album sales. The amount would be bigger for sure if he continues to deliver amazing hit numbers in the future.

Lil Reese Net Worth: How Rich is the Rapper Actually in 2022?

Teejayx6 Net Worth: How Rich is the Rapper Actually in 2022?