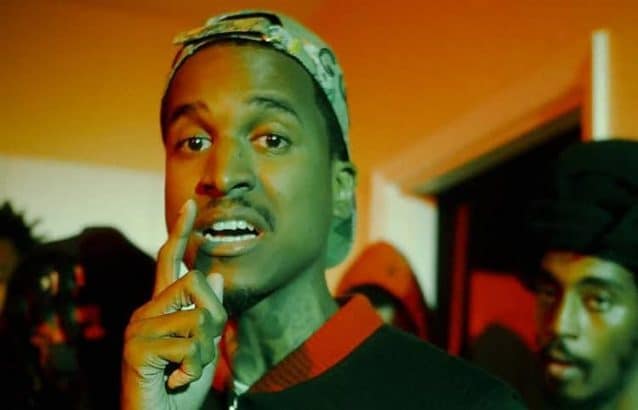 Tavares Lamont Taylor professionally known as Lil Reese is a 29 years old American rapper. Lil is best recognized for his collaboration songs with the rappers, Chief Keef, Lil Durk, and Fredo Santana. He was featured on Chief Keef’s hit song, “I Don’t Like” in 2012. As of 2022 Lil Reese net worth is estimated to be around $1 million.

Lil Reese and the other two people were shot on May 15, 2021. They became a victim of a gunfight that took place in the Near North Side parking garage on a dispute over a stolen car.

Lil Reese was born on 6th January 1993 in Chicago, Illinois, United States. There is not enough information on his past life, parents, and academic detail.  Though, he seems to be very close to his mother. On January 13, 2021, he posted a picture with his mother on Instagram, wishing her a Happy Birthday. Lil seems to have an interest in music since his early age.

Lil came into the limelight after he featured on Chief Keef’s hit song, “I Don’t Like”. The song became a big hit, which earned him widespread recognition. The official music video of the song was released on July 30, 2012. To date, the video has over 40 million views on YouTube.

After that song, he received further recognition after releasing songs “Us” and “Beef”. The music video of his song, “Us”, has received over 12 million views to date. Lil then came to the notice of the music producer, No I. D. Soon, he was signed into the hip hop recording label, Def Jam.

Reese has also released four EPs. His first EP titled “Supa Vultures” hit the market on 10 August 2017. The EP was made in a collaboration with rapper, Lil Durk. He released his last EP titled “Lamron 2” on April 23, 2021.

Lil Reese is currently in a relationship with a lady named Kimani. Recently in May 2021, she responded to Lil Reese’s constant message on an Instagram model, Rubi Rose. However, we are yet to get more information on the couple’s love story.

Lil Reese was recently been a victim of a gunfight near the North Side parking garage. According to the police report, there were two other people who were shot in the incident. Lil didn’t go through a serious injury, but, his eyes were grazed by the gunshot. Among two, 28 years old man is in critical condition, and 20 years old guy is reported to be in good condition.

As of 2022, Lil Reese’s personal wealth is estimated to be around $1 million. He has been able to earn a big amount from his music career. Lil also has a self-titled YouTube account, from which he must be collecting hefty money.

Tyla Yaweh Net Worth: How Rich is the Rapper Actually in 2022?