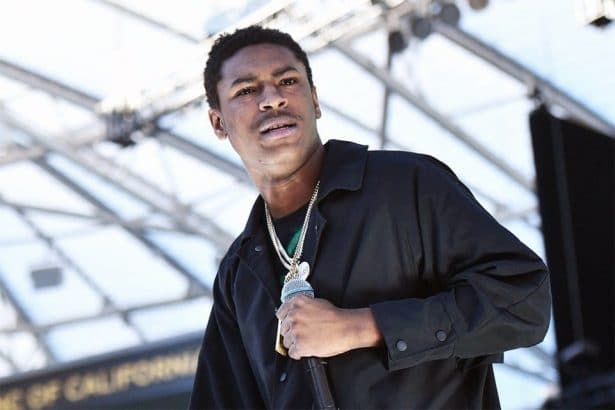 Teejay Witherspoon better known as Teejayx6 is a 19 years old rapper from Detroit. He is best recognized for making rap songs on scamming, credit card fraud, and identity theft. His most notable songs include the 2019 released single, Dark Web. As of 2022, Teejayx6 net worth is estimated to be around $300 thousand.

Teejayx6 was born Teejay Witherspoon on 28th August 2001 in Detroit, Michigan, United States. He started taking scamming as a way to survive from an early age. Teejay in fact began scamming while studying in first grade, where he used to sell baggies of marijuana.

Likewise, his two brothers were also involved in illegal activities. One of his brothers used to serve time to conduct fraud in the bank and the other brother used to act as a mentor in scamming. He spent a lot of time on the internet searching about the fraud. Initially, he saw the fraud as a little money, but as he saw people becoming rich through scamming, he invested more time on it.

Teejay even made a fake profile from the stolen social security numbers. He made a full-proof plan on scamming at just 12 years of age, where he made a fake warehouse page on Twitter making people believe that he had a store in a fake location. He used to get $500 from the fake store. After some time, he started scamming through Instagram with credit card scams.

After reaching 15 or 16, he thought of making rap songs on scamming. Though, he had always dreamed of becoming a rapper. In June 2019, he eventually came up with a song, Swipe Lesson. The song is all about credit card scams. He released another song “Dark Web”, which describes the scamming method on downloading Tor browser. The song was from his album, Black Air Force Activity 1, which was released on December 13, 2019.

A lot of songs he made represents different methods of conducting illegal activities. Through his other song “Violin”, he taught people how to buy social security numbers. On December 13, 2019, he released his fourth album “Black Air Force Activity: The Reload”. After two months, he came up with his next album titled “Spooky”, which was released on October 31, 2020.

Teejayx6 has not revealed any information regarding his love affairs. Though in early 2020, he came live on Instagram and shows his newborn baby. He has given his baby a name, Babyx6. Though, we are yet to get more details on the baby’s mother.

Teejayx6 was arrested in July 2019 soon after releasing a music video of his song, Dark Web. He got arrested while performing life onstage in Los Angeles by the two men who were wearing U. S. Marshals Jackets.

As of 2022, Teejayx6’s personal wealth is estimated to be around $300,000. He has earned most of the money from his scamming, and through releasing several songs made on scamming.

Tyla Yaweh Net Worth: How Rich is the Rapper Actually in 2022?

Omeretta The Great Net Worth: How Rich is the Rapper Actually?