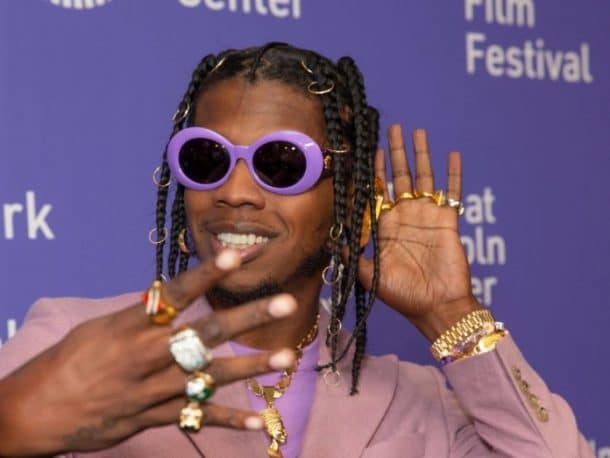 Trinidad James is a well-known Trinidadian-American rapper, best recognized for his hit single “All Gold Everything”. He is also known for his first mixtape “Don’t Be S.A.F.E.”. As of 2022, Trinidad James net worth is estimated to be around $4.5 million.

Trinidad James was born on September 24, 1987, in Port of Spain, Trinidad, and Tobago. His real name is Nicholaus Joseph Williams. He has spent his early days in Canada and Florida. James grew up in the Bronx, New York. At 7 years of age, he had a head injury, due to which, he is unable to remember his early day’s memory.

Trinidad has studied at Catholic School. He was shifted to Atlanta, while he was studying in 8th grade. James started playing basketball while studying in school. He is influenced towards rapping after listening to the songs of Jay-Z, T. I, Cam’ron, and Young Jeezy.

James started taking rapping seriously and began working on his songs in November 2011. By 2012, he prepared a song titled “All Gold Everything” and released it in 2012. The song became a massive hit, which peaked its place at Top 40 in US Billboard Hot 100.

The hit song was from his first mixtape “Don’t Be S.A.F.E”, which was self-released on July 31, 2012. After few months, he was signed under Def Jam Records for a whopping $2 million. The record label re-released his debut mixtape on iTunes, which includes the remix of his hit song “All Gold Everything”.

Trinidad released his second mixtape “10 PC Mild” on August 13, 2013. He was earning popularity with the release of his two mixtapes. However, he was dropped from Def Jam Recordings on August 1, 2014. He didn’t release a single album from the record label. Though, he was planning to release his new albums with the music company. After dropping from Def Jam, James announced that he would not be able to provide any compensation to producers, who worked on his next album.

Following that, James went on to release his other songs as an independent artist. He released a single “Just a Lil’ Thick (She Juicy) in April 2016. James dropped his third mixtape “The Wake Up 2” on December 31, 2016, releasing on different streaming platforms.

Trinidad released a new song “M.M.M. (Marilyn Maryland Marilyn)” on June 9, 2018. The song received a good response from audiences. His other hit single “Jame$ Woo Woo” was released on February 4, 2020. The song went on to receive over 988K views on YouTube.

On November 28, 2020, he sang in a live streaming concert, named Black Friday Concert. The streaming was live on his YouTube channel. His recent released song “Tobago Ba$$” was released on February 15, 2021.

You May Also Like:   NBA Youngboy Never Broke Again Net Worth

Trinidad James is possibly single right now. In 2013, he was rumored to be dating YouTube singer, Niykee Heaton. They were assumed as a couple, after James was found attending a party with Heaton at Mansion Elan on March 8, 2013. Though, they never confirmed being in a relationship.

Trinidad James has collected an approximate fortune of $4.5 million by 2022. Besides singing, he has appeared in the movie “Uncut Gems”. Likewise, he has hosted the YouTube talk show “Full-Size Run”.

YK Osiris Net Worth: How Rich is the Rapper Actually in 2022?