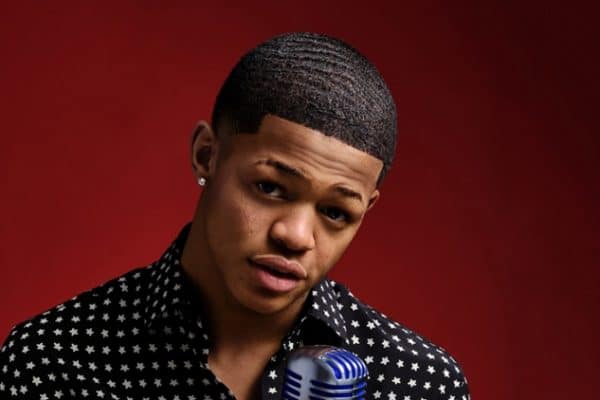 Osiris Jahkail Williams, better known by his stage name YK Osiris is 23 years old American rapper, singer, and songwriter. He claimed fame after the release of the song “I’m Next (Freestyle)”, “Valentine” and “Worth It”. Osiris is currently signed to Def Jam Recordings. As of 2022, YK Osiris’s net worth value is calculated around $2 million.

Yk Osiris was born Osiris Jahkail Williams on September 7, 1998, in Jacksonville, Florida, United States. He didn’t get the love of his both parents. Osiris was raised by his single mom along with six sisters and a brother. He started taking rapping as his passion from an early age. Osiris was highly inspired by the song of Bruno Mars, Michael Jackson, and The Temptations.

In starting days of his life, Osiris got indulge himself in some criminal act as his family’s financial condition was not that good. He used to steal a car and make money from it. Though he was not going on the correct track of his life, he didn’t stop following his passion for music.

In 2017, he uploaded his first song titled “Fake Love” on different streaming platforms. It received 1.4 million airplay on SoundCloud, which was a massive hit.

After the early success, he released another song titled “I’m Next (Freestyle” in January 2018. The song received positive reviews and went on to become a big hit. It generated millions of streams on SoundCloud.

In April 2018, he dropped another single “Valentine”. Like his early songs, it earned a positive review from audiences. The song generated millions of streams on different streaming platforms like Spotify, SoundCloud, and YouTube.

People were just going crazy over his song. Even famous rapper Lil Uzi Vert couldn’t stop him from making a remix version of the song. Osiris was getting famous all over the place. Considering his growing success, he was signed to Def Jam Recordings in 2019.

On February 8, 2019, he released a new song titled “Worth It”. It became the biggest hit of his career. The song reached at 48th spot on Billboard Hot 100 chart. The song was later included in his debut album titled “The Golden Child”, which was released on October 11, 2019.

At the present time, Osiris has been actively working on his new songs. His most recent released singles include “Leave Me On Read”, “To Be Continued”, “Money Keep Coming” and “Mad Now”.

YK Osiris is rumored to be in a relationship with music artist, Ann Marie. The love rumors started roaming all around when he was featured on Ann Marie’s song “Secret”.

Both might be truly in love with each other, but they have not confirmed about being a couple yet. Prior to Ann Marie, his name was linked up with rapper, DreamDoll.

Starting 2022, YK Osiris’s personal wealth is estimated to be around $2 million. He has generated an enormous fortune from his music career. The young rapper is yet to achieve more success in his career. With more success, he will surely add more money in the future.

Trinidad James Net Worth: How Rich is the Rapper Actually?