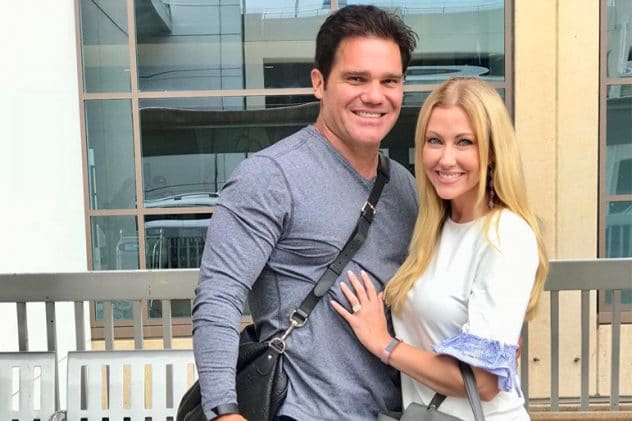 Travis Hollman is an American entrepreneur and reality TV personality. He is a CEO and President of the company, Hollman Inc. Travis is mostly known as the husband of Real Housewives of Dallas star Stephanie Hollman. As of 2022, Travis Hollman net worth is estimated to be around $18 million.

Travis Hollman was born on May 4, 1969, in the United States of America. He has completed his school education from Jesuit High School based in Portland, Oregon. Later, he joined the University of San Diego, where he completed his graduation in business.

His father, Joe Hollman was also a successful entrepreneur who founded Hollman Inc. Travis is currently looking after the company as CEO and President. Looks like, he is inherited and driven by his father’s business intelligence.

Travis Hollman Net Worth and Career

By profession, Travis is a businessman. As of now, Travis has grown the company by 8th times its original size. He has in fact launched several new products. Moreover, the company has become the largest manufacturer of sports, fitness, and office lockers in the world. Most of the Dallas-based offices are using the company’s locker.

Travis worked in few organizations before stepping into the family business. His entrepreneurial work has always been praised by the media. In 2011, his newly launched projects and products were recognized on national TV and popular news publications like The Today Show, Good Morning America, USA Today, ABC News, and Fortune Magazine.

Hollman has always initiated to work on his own projects rather than following his dad’s shadow. One of his successful startup ventures was the Marshmallow Fun Company. He created marshmallow guns that can be used by all ages people. Travis also launched the first relaxation drink called Vacation in a Bottle in U. S.

Hollman has also tried his hand as a producer. He was co-executive producer of the show called Bully Beatdown. It was a popular show on MTV. Likewise, he produced the movie titled “Rain”.

Travis became a prominent figure when he appeared on Real Housewives of Dallas alongside his wife Stephanie. His wife has been appearing as a main cast member from the beginning. Stephanie became the richest housewives of Dallas of the show, because of Travis’s huge net worth figure.

Travis Hollman is married to RHOD star, Stephanie Hollman. Both have been married for a long time now and still, the couple shares a strong bond together. Travis is a father of two sons named Cruz and Chance.

His wife Stephanie recently made an appearance on the show “Watch What Happens Live”. She revealed some interesting facts on the show. Stephanie stated that Travis has changed since he appeared on RHOD. Recently, Travis brought some flowers and said sorry to her after watching some episodes. She believed the show has made their bond even stronger.

You May Also Like:   Richard Trumka Net Worth: How Rich was the AFL-CIO Chief Actually?

Travis has also involved himself in charity work. To date, he has supported the charities like Big Brothers and Sisters, AIDS Services of Dallas, UNICEF, and The Family Place.

Bryan Redmond Net Worth: How Rich is Brandi Redmond’s Husband?