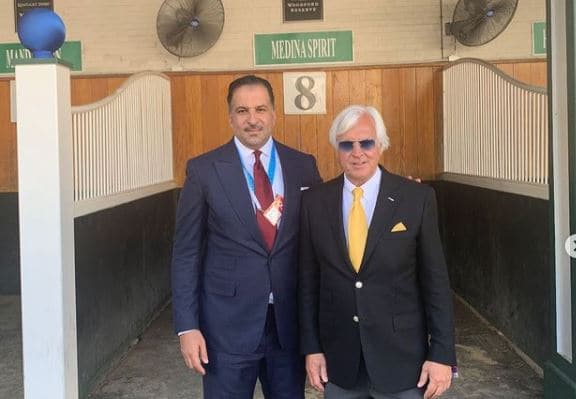 Amr Zedan is a Saudi Arabian businessman, philanthropist, and an international polo player. He is the founder of Lexington-based racing venture, Zedan Racing Stables. Amr Zedan’s horse, Medina Spirit, recently won Kentucky Derby on May 1, 2022. Amr Zedan net worth is around $400 million.

Amr Zedan was born in 1974 in Los Angeles, United States. At the time of his birth, Amr’s parents were studying at the University of Southern California. However, he was taken back to Saudi Arabia when he was 5 or 6 years of age. His father owned the engineering company, Zedan Group.

After he graduated from the University of the Pacific, he expanded the company, Zedan Group to an energy group. Since his young age, he has been more interested in sports. He also loved horses from the beginning. That makes him interested in polo because it is the combination of both horse and ball.

Amr got captivated by polo after he watched the movie, Pretty Woman. He was so much inspired by the character of Richard Gere in the movie, that made him pick up polo. He eventually started practicing polo, and later became a professional polo player. To date, he has got the victory in many regional cups. Zedar currently serves as a chairman of the Saudi Polo Federation.

You May Also Like:   Mike Lindell Net Worth: How Rich is the My Pillow CEO Actually?

In 2016, Zedan founded the racing venture, Zedan Racing Stables, Inc. The company is based in Lexington, Kentucky. To date, the racing company has competed on the world’s biggest stages, which includes the Breeders’ Cup and Dubai World Cup.

Most recently, on May 1, 2021, his horse named Medina Spirit won the Kentucky Derby. The Derby is the longest-running sports event in the United States, which started in 1875. This year, a total of 19 horses took part in the race, where Zedan’s horse gave a tough fight and finished as a winner.

With the win, the trainer of the horse, Bob Baffert became the winningest trainer in the race’s 147-year history with 7 victories. The winning horse, Medina has never come third in its 6-year career starts. In the Derby race, Medina led all the way and completed 1 and quarter miles within a time 2:01:02. Likewise, the jockey, John Velasquez was named the first jockey to get the back-to-back victory at Derbies in 2014-15.

Who is Amr Zedan’s Wife?

Amr Zedan is married to Princess Noor bint Asem. His wife, Noor is one of the members of the Jordanian Royal Family. The couple shared their wedding vows on June 22, 2018, at King Hussein Bin Talal Convention Centre. The pair shares two kids from their married life. Their first kid, Talal was born on March 27, 2019, and their second son, Abdullah was born on December 20, 2020.

Amr Zedan must have earned millions of dollars net worth value from his entrepreneurial venture. His real 2022 net worth figure is around $400 million. 2021 Kentucky Derby has a total of $3 million purse and prize money, which would be split into top 5 finishers. As a result, Zedan receives the prize amount of $1.86 million after his horse, Medina Spirit won the 2021 Kentucky Derby.

Paul Van Doren Net Worth: How Rich was the Vans Shoes Co-Founder?

Travis Hollman Net Worth: How Rich is Stephanie’s Husband?