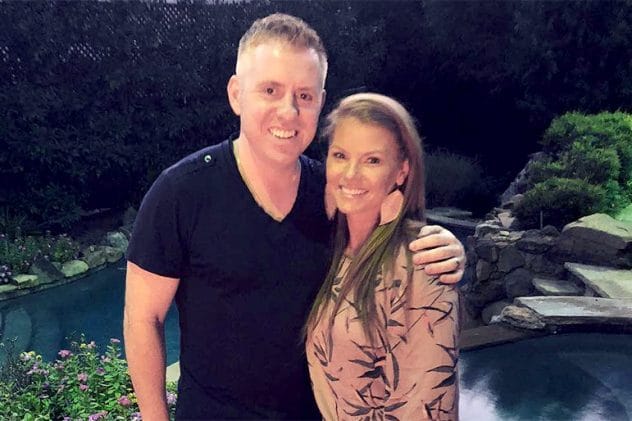 Bryan Redmond is an American real estate agent. He is the Founder and President of the company “Suntex Ventures”. Bryan is mostly known as the husband of Real Housewives of Dallas star, Brandi Redmond. As of 2022, Bryan Redmond net worth is estimated to be around  $5 million.

Bryan Redmond was born in Dallas, United States of America. His real age and date of birth are still unknown. Bryan grew up in Dallas and has completed his early education staying there. He moved to Georgetown later and joined Southwestern University. Bryan came out as a graduate from the University majoring in Finance.

Bryan Redmond Net Worth and Career

Redmond started off his career working at Arthur Anderson. After earning early experience, he became associated with Sun Resorts International. Bryan was hired as a Director of Mergers and Acquisitions in the company. It was a big firm that owned marinas in U. S., Mexico, and the Caribbean. The company later sold most part of its asset portfolio to Island Global Yachting.

Bryan continued his work at Island Global Yachting, where he served as Director of Mergers, Acquisitions, and Business Development. Bryan is currently working as the President of Suntex.

You May Also Like:   Tom Girardi Net Worth: How Rich is Thomas Girardi Actually?

Besides his successful professional journey, Bryan also became popular after his wife Brandi appeared on the most popular reality show The Real Housewives of Dallas. Brandi has been a part of the show as the main cast member since the start of the show. The popular reality show started on April 11, 2016. The show is in its 5th season, and still, it is getting immense love and affection from the audiences.

Bryan and Brandi, both have appeared in 1st season of Bravo TV’s show. But unlike Brandi, Bryan failed to create a good impression. Since he gets mostly busy working in his company, he didn’t give enough time for a wife. Brandi’s fans started taking Bryan as not a loving and caring husband.

Bryan doesn’t seem to be made for the reality show. That might be the reason why he is not seen regularly in the show with his wife Brandi. However, audiences are just showering immense love for Brandi. They are pleased and entertained with Brandi’s appearance in the show.

Bryan Redmond is married to gorgeous lady Brandi. The couple has an interesting love story. They have studied at the same school and knew each other since 8th grade. Brandi started dating Bryan when she just broke off with her earlier boyfriend. Brandi revealed that she chose to date Bryan just to make his boyfriend jealous.

You May Also Like:   Erik Prince Net Worth: How Rich is the Businessman Actually?

But, Brandi truly fell in love with Bryan. Both started liking each other and eventually turned into a married couple. Brian has three kids with Brandy. It’s been 16 years of their marriage and still, they are sharing a strong bond.

Through his real estate career and being a founder of Suntex, Bryand Redmond has collected an estimated net worth of around $5 million. The amount will surely increase in the future as he is working really hard and doesn’t seem to be in a mood to rest even for a while.

Travis Hollman Net Worth: How Rich is Stephanie’s Husband?

James Khuri Net Worth: How Rich is Brendan Khuri’s Father?