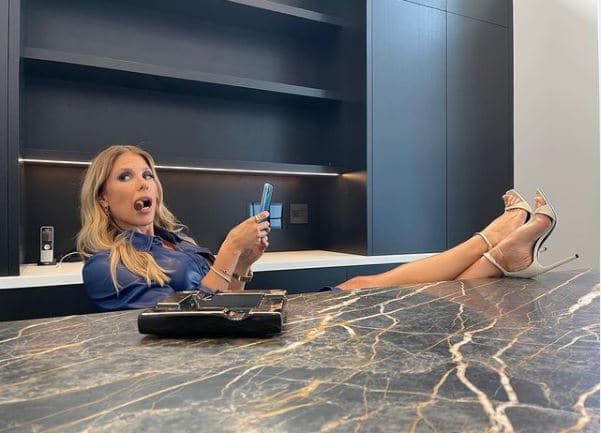 Tracy Tutor is an American real estate agent and a reality TV personality. She is known for appearing in Bravo TV’s reality show “Million Dollar Listing Los Angeles” in 2017. Tracy is the first and only female real estate agent who joined the show as a main cast member. As of 2022, Tracy Tutor net worth is estimated to be roughly $25 million.

Tracy Tutor was born on 11th August 1975 in California, United States. She has spent most of the early days living in all parts of Los Angeles. Her father, Ronald Tutor is considered as one of the most known and successful civil and building contractors in the U. S. Ronald founded Tutor-Saliba Corporation, and is the CEO of Tutor Perini Corporation. She was even introduced to real estate by her father at an early age.

Tracy was also interested in singing and acting. She even joined the USC School of Dramatic Arts. Later, she joined the University of Southern California.

After that, she broadened her knowledge more into real estate and took further steps to build a career in residential real estate. Since then, she has expanded her business in the whole world. Following her departure from Tutor Perini Corporation, she worked for two companies. She finally landed on becoming one of the top real estate agents of Douglas Elliman.

Tracy is serving for Douglas Elliman for a long time now, and she is an integral part of the companies’ Sports and Entertainment Division. Tracy became a known TV personality after she appeared on the 10th Season of Bravo TV’s reality series “Million Dollar Listing Los Angeles”. She was called up by the cast member, Josh Altman to know about a listing. And later, he asked if she would like to get in front of the camera. Tracy agreed to become a part of the show and appeared as the first-ever female main cast member on the series.

Tutor has sold million of the worth of properties since she has appeared on the show. In Season 11 she represented Atlantis in Dubai. Likewise, in Season 12, she represented high-profile renowned architect, Scott Gillen.

Tracy Tutor was married to Jason Maltas for thirteen years. She had two daughters, Juliet and Scarlett with Jason. Tracy and Jason are sharing joint custody of their children. Likewise, they made an agreement to divide their assets equally. After separation, Tracy took possession of their house, which they purchased in 2009 for $13.5 million.

Tracy is currently dating Erik Anderson. In July 2020, while talking to People magazine, Tracy revealed that she suffered from the flu, which she thought to be a Coronavirus. She was with Erik in Mexico during that time. While returning to U. S, she went to Doctor for a checkup to know if she has been tested positive for COVID-19. Later, she found out that she has been diagnosed with COVID-19 along with Erik.

Tracy Tutor has amassed a total fortune of $25 million by 2022. In November 2020, she sold her massive Brentwood house for $19.7 million to a Hong Kong Billionaire. Meanwhile, her family’s combined net worth is estimated to be around $800 million.