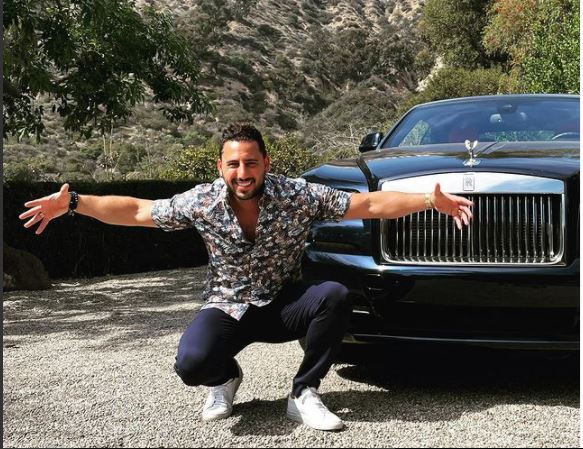 Josh Altman is a 43 years old American real estate agent and reality TV personality. He is best known for his appearance on the Bravo network’s reality series “Million Dollar Listing”. Josh is also recognized for appearing on the E! cable network’s reality series “Giuliana and Bill” and “Keeping Up with the Kardashians”. As of 2022, Josh Altman net worth is estimated to be around $33 million.

Josh Altman was born on the 10th of March, 1979 in Newton, Massachusetts, U. S. He was born to his parents, Alan Altman and Judith Altman. Josh was raised by his parents on the east coast along with his brother, Matt Altman. His father obtained an MD degree from the New York University School of Medicine, and he is currently working as a Consultative Gynecologist for Menopause and Sexual Dysfunction.

Regarding his education detail, he has studied at Newton South High School. He received his high school graduation degree in 1997. Then, he attended Syracuse University. He earned a degree in Speech Communications from the University in 2001. Josh also played football for Syracuse’s Football team.

Following University graduation, he shifted to Los Angeles to make a career in real estate. He eventually started a real estate company. Which he ran for three years. Then, he joined his brother, Matt to form The Altman Brothers. Josh mainly specializes in the Platinum Triangle and the Sunset Strip and Hollywood Hills luxury housing market.

Josh came to recognition after he appeared on the reality show “Million Dollar Listing Los Angeles” along with co-stars Madison Hildebrand and Josh Flagg. He made his first appearance in the reality series during the 4th season in 2011. On May 6, 2012, he came back to the show during the 5th season. The reality series is based on three young real estate agents in LA, who sells high-end homes.

Later, he made an appearance on many other TV series such as “Keeping Up with the Kardashians”, “Giuliana & Bill”, “Money with Melissa Francis”, “The Meredith Vieira Show”, “The Real”, “Hollywood Today Live”, “FabLife”, “Harry” and “Extra”. Altman has been recently worked as an executive producer of Netflix documentary series “Pandemic”.

Besides his work experience as a real estate agent, he has also written the book titled “It’s Your Move: My Million Dollar Method for Taking Risks with Confidence and Succeeding at Work and Life”, which was published in 2015.

Josh Altman is married to a lady named Heather Bilyeu Altman. He exchanged wedding vows with his wife, Heather in 2016. Together, the pair shares two kids, Alexis and Ace. His wife, Heather has also been featured on Bravo’s reality series “Million Dollar Listing Los Angeles”. He and his wife work together as a part of the Altman Brothers team.

As per sources, Josh met his better half, Heather while filming Million Dollar Listing Los Angeles at an Open House. Both dated for three years before Josh put a marriage proposal to Heather in 2013. He proposed to her lying down on his knee presenting a 5.5 karat ring.

Kendra Wilkinson Net Worth: How Rich is the TV Star Actually?

Tracy Tutor Net Worth: How Rich is the Real Estate Agent Actually?