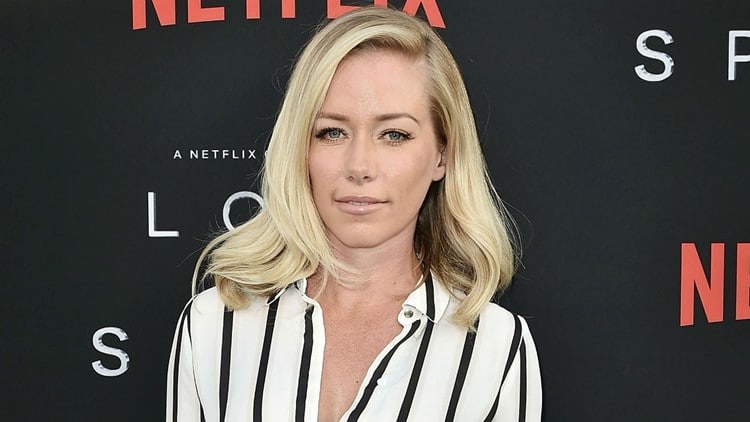 Kendra Wilkinson is a 37 years old American reality TV personality and model. She is best recognized for being one of the girlfriends of Playboy magazine’s founder, Hugh Hefner. Kendra is also known for her appearance on the E! reality series “The Girls Next Door”. As of 2022, Kendra Wilkinson net worth is summed up to be around $8 million.

Kendra Wilkinson was born on the 12th of June, 1985 in San Diego, California, United States. She was born to her parents, Eric and Patti. Her dad was a biochemist who founded several biochemistry companies, and her mom was a cheerleader for the Philadelphia Eagles. She was raised by her parents in San Diego’s Clairemont neighborhood along with a younger brother, Colin.

Kendra’s parents separated with a divorce when she was eight. While studying in high school, she loved playing softball. She eventually started working as a glamour model after high school graduation. Kendra also served as an administrative assistant in the dentist’s office. She appeared as one of the painted girls at the 78th birthday party of Playboy magazine’s founder, Hugh Hefner in April 2004.

Wilkinson’s photo later reached Hefner, and after they met, she was asked by Hefner to be one of his girlfriends. She later moved into the Playboy Mansion. Kendra came into recognition after she appeared on E! reality TV series “The Girls Next Door”, which was based on the lives of Hefner’s then-girlfriends. In 2009, she left the Playboy Mansion after meeting her future hubby, Hank Baskett.

Then, she was featured on her own spin-off reality series “Kendra”. The first season of the series was based on her own life and how she plans on her wedding. Following that, she appeared in several cameo appearances on other TV programs like “Las Vegas” and “Entourage”. In 2011, she parted ways with the E! network, and along with her family, she was featured on the new reality show on WE tv “Kendra on Top”. The show ran until 2017.

Kendra appeared as one of the contestants on the 14th series of British TV series “I’m a Celebrity…Get Me Out of Here!”. She finished sixth place in the reality series. In 2017, she and her mother were featured on the WE reality show “Marriage Bootcamp: Family Edition”. Wilkinson is coming back on the TV with her new series “Kendra Sells Hollywood”. The series is based on her real estate career and dating life, which will be premiering on November 17 on Discovery+.

Kendra Wilkinson was married to former football wide receiver, Hank Baskett. She tied the knot with Hank in 2009, and in the same year, she gave to their first child, Hank Jr., II. Kendra revealed that she went through post-partum depression while giving birth to her first child. She also has a daughter, Alijah with ex-hubby Hank, Kendra filed for divorce from Hank on April 6, 2018.

Kendra’s controversial sex tape featuring her high school boyfriend was surfaced on the internet in 2010. She had a deal of receiving a $680,000 payday in exchange for publicly releasing the tape, and receiving 50% of the revenue from the sales of her sex tape.

As of 2022, Kendra Wilkinson’s personal wealth is estimated to be around $8 million. As per the reports, she is currently earning an annual salary of around $2 million.

Shaunie O’Neal Net Worth: How Rich is ‘Basketball Wives’ Star?