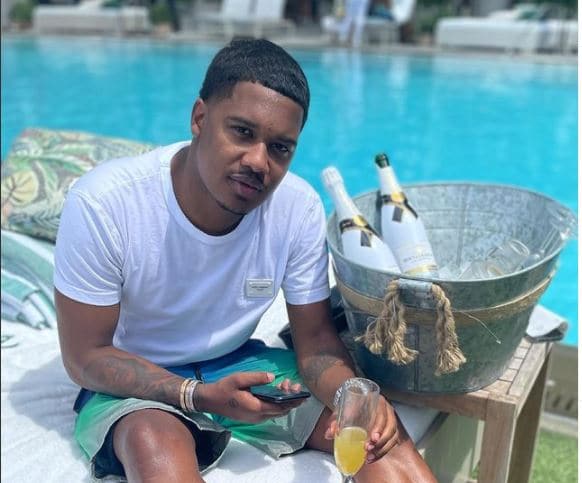 Tracy Richardson, better known as Tracy T is a 30 years old American rapper. He is best known for his hit songs “Swagger Right Check”, “Time Machine”, and “Champagne”. Tracy is also known for being the boyfriend of rapper, Kash Doll. As of 2022, Tracy T net worth is estimated to be around $2 million.

Tracy T was born Tracy Richardson on the 7th of October, 1991 in Atlanta, Georgia, United States. He was primarily raised by his mother along with a brother named Roddricus Livsey. His brother, Roddricus who is also known as HotRod is a popular boxer in Atlanta. It is revealed that Roddricus started boxing after he lost his friend in gun violence. Roddricus turned professional in February 2020 and is currently signed to Pulse Boxing.

Tracy grew up in a poverty, where he witnessed violence and drug activities. He even got involved in drug activities. However, his grandmother helped him to stay away from the troublesome environment. Tracy always wanted to become a rapper since he was a kid. He decided to pursue a career as a rapper when he was 6 years old after hearing Snoop Dogg’s rap song “Gin and Juice”.

You May Also Like:   Playboi Carti Net Worth, Age, Height, and Albums

Tracy came up with his first song titled “Swager Right Check” in 2009. After that, he released another song which was titled “To Be Like Snoop Dog”. As he was gaining recognition through his early songs, he was shot four times while attempting a robbery. He was shot in the leg, chest, and hand. Tracy was also hospitalized for 2 months.

Tracy had a sort of effect on his voice after he was shot and hospitalized. His voice was directly affected while he was working on his mixtape “Trauma Unit”. He also struggled to rap a whole bar without losing his breath. Tracy somehow recovered in 2013 and came back with his fresh voice while recording his new songs in November 2013. He recorded a song titled “16” along with Maybach producer, Beat Billionaire.

Afterward, he continued to release new songs. Along with musical artist, Yowda, he released a joint project titled “50 Shades of Green”, and “Narcos” in 2015. Following year, he released his new project “The Wolf of All Streets (The Rise of an Atlanta Hustler” in 2016. He also became popular after releasing other music albums “Millionaire Nightmares”, and “Shit Done Changed”.

In 2019, he dropped a new song titled “Book 1: In the Beginning” along with a rapper, Block 5k Lil A, Bla5er, and 3$ Joe. He also released a new project “Never 2 Late” on April 13, 2020. Tracy was earlier signed to the rapper, Thug Cry’s record label, MMG. However, after some time, he left MMG and was signed to the new record label, Money Bound Record Label.

You May Also Like:   DaniLeigh Net Worth: How Rich is the Singer Actually in 2022?

Tracy T is reportedly dating a rapper, Kash Doll. On September 24, 2021, Kash shared an Instagram post revealing her pregnancy news. She wrote in a post “The Lord just keeps on blessing me! Look it’s a baby in there and today it’s the bmf premiere. I’m so overwhelmed with joy”. At the time, she was seen hanging around with Tracy, so fans speculated Tracy was a baby’s daddy.

Kash Doll has previously made cheating allegations on her alleged boyfriend, Tracy T. However, Tracy clearly denied the allegations through sharing an Instagram story on June 6, where he wrote “I would never cheat on my girl”.

As of 2022, Tracy T’s personal wealth is estimated to be around $2 million. He must have bagged the huge amount from his music career. Tracy might also be earning a considerable amount from his self-titled YouTube channel, where he has 8.48K subscribers and over 2 million views.

Travis Scott Net Worth: How Rich is the Rapper Actually in 2022?

Joe Budden Net Worth: How Rich is Former Rapper & Podcaster?