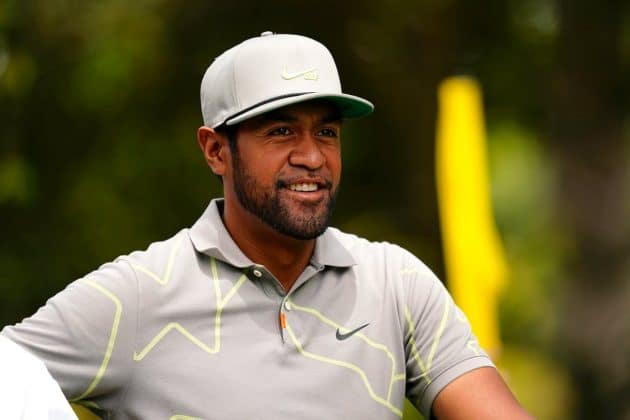 Tony Finau is a famous American professional golfer. He currently plays on PGA Tour. Tony has won two professional tour wins, PGA Tour and Web.com Tour. He is currently ranked at 9th position on the Official World Golf Ranking. As of 2022, Tony Finau net worth is estimated to be around $14 million.

Tony Finau stepped into this world on September 14, 1989, in Salt Lake City, Utah, United States. He was born to parents, Kelepi and Revena Finau. His father used to work as a baggage handler for Delta Airlines. He has a brother named, Gipper who also plays golf, but he is not a professional player.

Tony decided he would be a golfer in the future after he witnessed Tiger Woods’s victory in the 1997 Master Tournament. He used to practice golf with a mattress in his house. Tony continued to play golf while studying at high school. He studied at West High School where he led his team to get its first golf championship.

Tony Finau Net Worth and Career

He had a successful amateur career as he won 2006’s Utah State Amateur Championship. Following that, he received several scholarships offers from Stanford University, Utah State, and Weber State University.

Tony turned down all the offers after he received an offer of $50,000 by a businessman to play in made for a TV golf event. At the tournament, he reached the final stage after which he received a $100,000 amount and a sponsorship with Callaway.

You May Also Like:   Maya Moore Net Worth: How Rich is the WNBA Player Actually?

Tony’s next target was achieving a PGA Tour title. He continued playing golf on PGA Tour with the same determination and hard work. He grabbed his first PGA Tour title at Puerto Rico Open in March 2016, where he defeated Steve Marino.

After that, he played a lot of good games in the 2018 PGA Tour season, the 2018-19 Tour season, and the 2019-20 season. Though he has been successful to finish in the top 10s in major events of the last three years, he is not able to get a new title. Tony has been in excellent form in the last four years, where he has qualified for Tour Championship each year.

Tony Finau is a married man. He tied the knot with a lady named Alayna Finau. With her, he shares four kids named Leilene, Sage, Tony, and Jraice. Currently, he is sharing happy moments with his family in Utah.

Tony is also actively involved in social work. He is helping Utah’s youth and their families through his foundation, Tony Finau Foundation.

At the start of 2022, Tony Finau has earned an estimated fortune of $14 million. He has collected a huge sum since he started playing in 2006-07.

You May Also Like:   Top 20 Richest LPGA Players Ranked by Their Net Worth 2022

Tyreek Hill Net Worth: How Rich is Chiefs’ Wide Receiver?