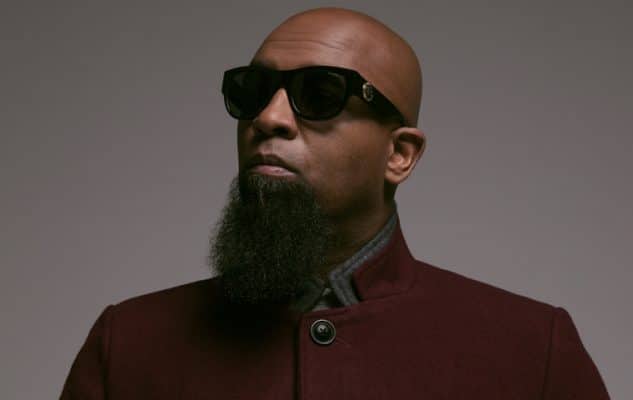 Aaron Dontez Yates, popular as Tech N9ne is a renowned American rapper, singer, and songwriter. To date, he has sold more than two million albums. As of 2022, Tech N9ne net worth is estimated to be around $18 million.

Aaron is a founder of the record label Strange Music, which he founded along with Travis O’Guin. He was given the stage name of Tech N9ne by the rapper, Black Walt because of his fast rhyming chopper style. Tech N9ne is best known in the music business for his 2002 released hit album “Absolute Power”. He is also popular for featuring in Lil Wayne’s song “Interlude”.

Tech N9ne was born on November 8, 1971, in Kansas City, Missouri, United States. His real name is Aaron Dontez Yates. He has a troublesome childhood life. He didn’t get the love of his both parents. His dad, Carlton Cook was living away from his family.

Likewise, his mom was suffering from autoimmune disease lupus and neurological disorder, epilepsy. Aaron became emotionally weak seeing his mother’s health condition. When he was 12, his mother married to Muslim guy named Abdul Hassan Khalifah. He grew up in his stepfather’s house.

Yates completed his high school education from Southwest High School based in Kansas City. He was rapping from an early age. Tech started off his music career by being a member of the group, Black Mafia. He got a taste of early success being in the group called “57th Street Rogue Dog Villians”.

You May Also Like:   Yungeen Ace Net Worth: How Rich is the Rapper Actually?

Tech N9ne Net Worth and Career in Music

Tech became a member of the new group “the Regime” in 1997. He had few years of experience being associated with several bands. In 2001, he started off his solo career releasing a studio album titled “Anghellic”. On September 24, 2002, he dropped another studio album titled “Absolute Power” The album became a big hit, which ranked at 79th place on Billboard 200.

Tech later came back with his next studio album “Everyready (The Religion” on November 7, 2006. Soon after a year, he dropped his next album “Misery Lovers Kompany”.

Following that, he released another music venture “Killer” on July 1, 2008. The album was sold out for more than one million copies on market. In April 2009 he released another album “Sickology 101”, which was his second collabos album. Tech also received wide recognition from his several hit EPs like “Boiling Point” and “Something Else”.

Tech’s career graph increased after he releases the albums “Planet”, “N9na” and “Enterfear”. He has recently released a new project titled “Fear Exodus” on October 23, 2020.

Tech N9ne is possibly single right now. He was married to his long-time girlfriend Lecoya LeJuene for ten years. Though they parted their ways in 2005, they filed for divorce officially in 2015. In November 2017, the divorce was officially finalized.

Tech N9ne has been working in the music industry for a long time. Since his long dedication to music, he has generated a huge fortune of $18 million by 2022. Besides music, in 2018 he teamed up with Boulevard Brewing Company to create a new beer. He must be getting a hefty sum from his endorsement deal with the company.

Shock G Net Worth: How Rich Was Shock G before his death?