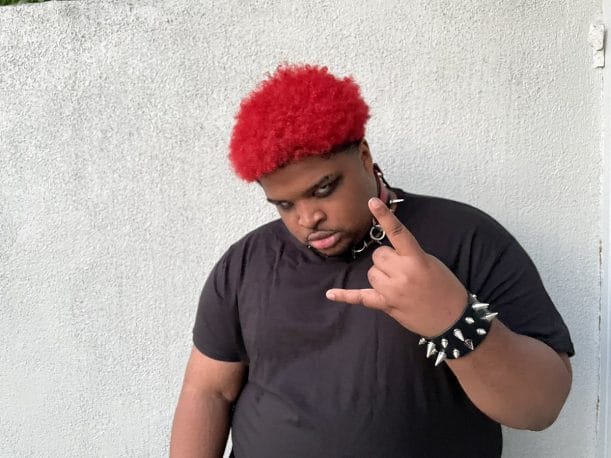 Mario Diamond-Judah Douglas simply known as Mario Judah is an American rapper. He is also a songwriter and record producer. Mario is best recognized for his hit single “Die Very Rough”. Recently, he came into highlight when he criticized rapper Playboi Carti for not releasing his album “Whole Lotta Red”. As of 2022, Mario Judah net worth is estimated to be around $300 thousand.

Mario Judah was born on December 6, 1999, in Flint, Michigan, United States of America. Most of the information related to his parents and educational background is still missing. Judah seems to have an interest in music from an early age since he has been a fan of rapper Lil Uzi Vert. Mario is mainly attracted to rock and metal songs.

Mario Judah Net Worth and Career in Music

In 2016, Mario started his music career creating beats at his house in Atlanta. After some time, he decided to nurture his music career by working with some renowned music artists. That makes his entry into the music industry. He started learning the fundamentals of music and thus, after some time, he decided to go solo rather than work under the shadow of famous artists.

Though he had never imagined how his voice would get a reaction from audiences, he made a grand entry in the music industry releasing a first single titled “Crush” on June 19, 2020. He uploaded the song on SoundCloud. Following that, he released another single “Die Very Rough”.

As the song gets uploaded to SoundCloud, people started to shower their love and it went viral on Twitter. The song became a major hit which peaked at 75th spot on the list of 2020’s Top 100 Hummed Songs.

As the original song was going like fire, people started making several memes of the song. His vocal style and lyrics were compared to Disney Villain since both were sounding quite similar. Mario got an opportunity to shine further after he performed at Rolling Loud Festival in 2020. He became more popular and his fan base increased after the performance.

In October, Mario walked on a new path of a music career and created a cover of the hit song Rockstar, which was sung by DaBaby and Roddy Ricch. His cover version was successful to make him further popular.

Mario has also been centered around for his recent controversial comment on releasing Playboi Cart’s second album himself since the rapper was delaying the release of the album. Mario released the lead single titled “Bih Yah” from the album on December 6. The song generated quite a good response from the audience and his fans.

At the current age of 21, Mario Judah currently stands at a height of 5 feet 7 inches or 175 cm tall and weighs around 90 kg or 198 pounds. His body stats like chest size, waist size, and arms size are not available at the moment. Likewise, he likes to dye his hair red and his eye color is black.

In a short span of his musical career, Mario has earned both recognition and fortune. Starting 2022, Mario Judah’s estimated net worth is believed to be around $300 thousand.

Tech N9ne Net Worth: How Rich is the Rapper Actually in 2022?