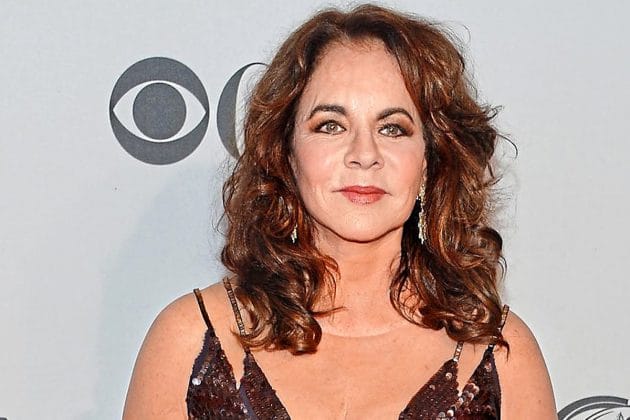 Stockard Channing is a 78 years old American actress. She is best recognized for her role as Betty Rizzo in the 1978 released movie “Grease”. She is also known for her exceptional performance as Ouisa Kittredge in the 1993 comedy-drama movie “Six Degrees of Separation”. As of 2022, Stockard Channing net worth is estimated to be around $15 million.

Stockyard Channing was born Susan Williams Antonia Stockard on the 13th of February, 1944 in New York City, United States. She was born to her parents, Lester Napier and Mary Alice. Her father had her own shipping business who died in 1960. She has a sister named Lesly Stockard Smith, who has served as a mayor of Palm Beach, Florida.

Regarding her education, she has studied at the Madeira School based in McLean, Virginia. She has earlier studied at the Chaplin School. Later, she attended the Radcliffe College of Harvard University, from where she earned a degree in history and literature. Following graduation in 1965, she began acting training at HB Studio in New York City.

Channing began her acting career by appearing in the Theatre Company of Boston, where she performed in Off-Broadway 1969 production of a play called Adaption/Next. She made her TV debut appearing on the children’s TV series “Sesame Street”. In 1973, she landed her first lead role in the TV movie “The Girl Most Likely to…”. In 1977, she was selected to portray the role of a high school teenager in the hit musical movie “Grease”.

You May Also Like:   Cassandra Peterson Net Worth: How Rich is the Actress in 2022 Actually?

Stockard received wide fame and appreciation after she appeared in a lead role in the film version of the play, “Six Degrees of Separation” in 1993. She even earned a Golden Globe Award for her outstanding performance in the movie. Likewise, she earned a nomination for an Academy Award.

In 2002, she earned the Emmy Award for her brilliant performance in the drama series “The West Wing”. Her last movie appearance came as Virginia’s 2013 Mexican-American romantic comedy movie “Pulling Strings/Amor a Primera vista”. Likewise, she made her last TV appearance in 2017, where she appeared as Bonnie Kessler in the dark comedy series “Difficult People”.

Stockard Channing has been married four times. She was first married to the wood sculptor, Walter Channing Jr. in 1963. After ending her first marriage in 1967, she married Paul Schmidt in 1970. In 1976, she separated from Paul and married to writer and producer, David Debin. She walked down the aisle fourth time in 1980 with the businessman, David Rawle. Though, her fourth marriage also ended with a divorce in 1988.

Stockard then dated cinematographer, Daniel Gillham from 1990 to 2014. She shared a blissful moment with her beau Daniel until his demise in 2014. Stockard was recently mentioned in Will Smith’s New Memoir, where Smith said he fell in love with Channing during his first marriage.

As of 2022, Stockard Channing’s personal wealth is estimated to be around $15 million. She has bagged a colossal amount from being a part of various movies and TV series. Channing bought a $900K worth of house in Hollywood Hills in the early 2000s, which she listed for sale in 2020 for a whopping $2.5 million.

Tasha Smith Net Worth: How Rich is the Actress Actually in 2022?

Dylan Meyer Net Worth: How Rich is Kristen Stewart’s Fiancee?