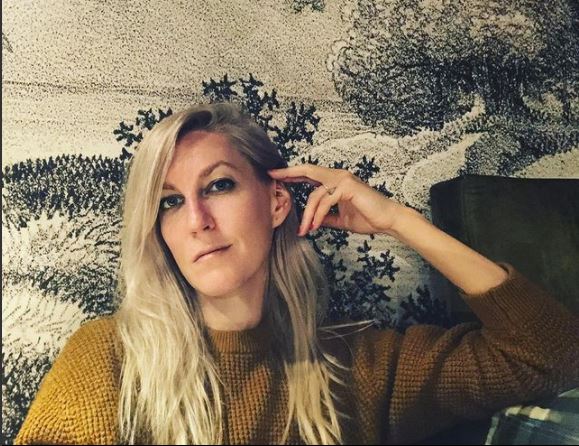 Dylan Meyer is a 34 years old American screenwriter and actress. She is best known as a screenwriter of the movies “XOXO”, “Miss 2059” and 2021 released Netflix movie “Moxie”. Meyer is also known for her ongoing affair with the famous Twilight actress, Kristen Stewart. As of 2022, Dylan Meyer net worth is estimated to be around $600 thousand.

Dylan Meyer was born on the 4th of December, 1987 in the United States. She is the daughter of Oscar-nominated screenwriter, Nicholas Meyer. There is not much information available on her early life, Through sources, we got to know that she has a sister named Madeline Meyer. She shared an Instagram post on her sister’s birthday on October 17, 2018.

Regarding her education, she joined the Crossroads School based in Santa Monica, California, U. S. Following that, she attended Bennington College.

Dylan has worked as an actress and screenwriter in a few movies. In 2011, she appeared in a short movie titled “The Death and Return of Superman”. Likewise, she appeared in a small role in a 2015 video titled “Wrestling Isn’t Wrestling”. The same year, she made an appearance as Roxy in “Jem Reacts to the New Jem and the Holograms Trailer”.

You May Also Like:   Katie Peterson Wiki & Net Worth: How Rich is Jesse McCartney's Wife?

Dylan Meyer is currently in a relationship with the Twilight actress, Kristen Stewart. She met her first time on a movie set around 2015. However, she didn’t stay in a contact with her at that time. Then, they met at a mutual friend’s birthday party. Their dating rumors sparkled in mid-August, 2019 after they were caught smooching up on the streets of New York City.

On September 4, 2019, Dylan shared a tweet that gave a strong hint that she has fallen in love with Kristen. The same month, the rumored pair showed up at the Toronto International Film Festival. Both were also seen holding hands tight on a night out. In November 2019, Stewart told Howard Stern that she has told Meyer that she wants to marry her.

Stewart has recently confirmed her engagement to Dylan Meyer during an interview with Howard Stern on The Howard Stern Show. She said on the show “We’re marrying, we’re totally gonna do it. I wanted to be proposed to, so I think I very distinctly carved out what I wanted and she nailed it. We’re marrying, it’s happening”.

As of 2022, Dylan Meyer’s personal wealth is estimated to be around $600 thousand. On the other hand, her partner, Kristen Stewart holds a huge net worth of around $70 million.

You May Also Like:   Drew Sidora Net Worth, Age, Bio, Husband, and Movies

Besides her involvement in the entertainment business, Dylan is also active in donating to many fundraising events. To date, she has donated for the Gender Equality Law Center, Inc., Catherine Violet Hubbard Foundation, and Save the Children.

Stockard Channing Net Worth: How Rich is the Actress Actually in 2022?

Kristy Swanson Net Worth: How Rich is the Actress Actually in 2022?