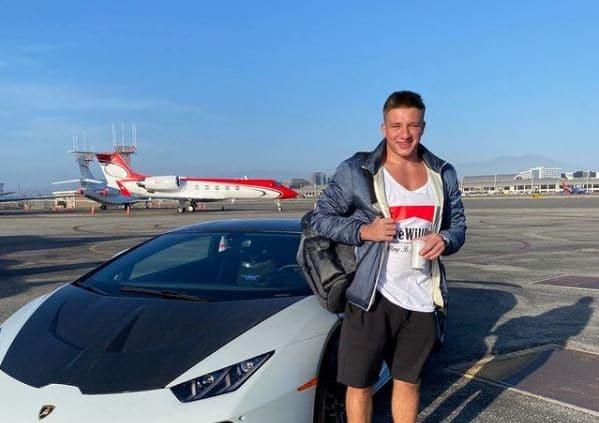 SteveWillDoIt was born Stephen Deleonardist on 26 August 1998 in Oviedo, Florida, United States. Most information related to his early life, siblings, and parents are yet to get revealed. Regarding his education detail, he has studied at Oviedo High School.

Since his teenage, Steve had started making challenge videos and posted them on Instagram. It was in May 2017, when he began posting challenge videos under the username, SteveWillDoIt. His name itself describes that he would be performing any challenges that are requested by his viewers.

Steve shifted from Instagram to YouTube in May 2019, using the same name, SteveWillDoIt. Initially, he made challenge videos which were made consuming large amounts of alcohol, food, and cannabis. He uploaded his first video on June 11, 2019, with a title I am taking over YouTube. The video has over 984K YouTube views.

His popularity rose bigger when he became a member of a social experiment and public prank channel, NELK Entertainment. On May 7, 2019, he worked with the NELK members and made a video on the title, Fake Security At Hollywood’s Hottest Night Club Prank. He shifted his place to Los Angeles, California in February 2020, to get along with the rest of the team members of NELK.

On April 13, 2021, along with NELK members, he made a video on a title, Buying a $10 Million Yacht in Bitcoin. The video amassed more than 3.8 million views on YouTube. Likewise, the NELK members recently made a video on the title, Taking a Virgin to the Club. The video was uploaded on April 20, 2021. As of this writing, the video has gathered over 4.4 million YouTube views.

Steve, along with other NELK members got an opportunity to meet up with the former President, Donald Trump in October 2020. Later, he was invited to dance on the stage by Trump, when they were a part of one of Trump’s campaign rallies.

Steve is currently dating an Instagram star, Celina Smith. He started dating her after meeting her at Oviedo High School. The couple is dating for over four years now. Their chemistry has been adored and loved by fans. Steve has even featured his lady love on YouTube. In fact, he introduced Celena on his channel.

Steve was arrested for disturbing the peace in May 2020, along with other members of NELK. He and other members were actually filming a prank at Target store located in Mississippi.

You May Also Like:   Kai Cenat Net Worth: How Rich is the Streamer Actually?

As of 2022, SteveWillDo’s personal wealth is estimated to be around $5 million. Steve gets an average daily view of 500,000 from different sources. It is reported that he is earning an estimated daily revenue of $2,500 from YouTube. According to Social Blade, he earns around $29.1K  –  $466.3K per year.

Adin Ross Net Worth: How Rich is the Twitch Streamer in 2022?