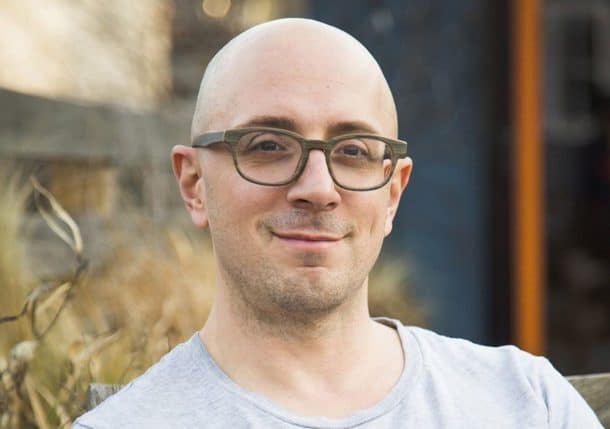 Steve Burns is a 48 years old American actor, musician, and TV host. He is best recognized as a host of the long-running children’s TV show ‘Blue’s Clues”. Burns released his first music album “Songs for Dustmites” in 2003. As of 2022, Steve Burns net worth is estimated to be roughly $11 million.

Steve Burns was born on the 9th of October, 1973 in Boyertown, Pennsylvania, United States. He was born to his parents, Joseph and Janet Burns. Burns grew up with two sisters. For his study, he attended Boyertown Area Senior High School. He came out holding a high school graduation degree in 1992.

Burns was interested in music from the beginning, and he used to play in the musical band Nine Pound Truck, Sudden Impact US, and the Ivys. Later, he developed an interest in acting and attended DeSales University to study theatre. However, he left out his study in a middle way and shifted to New York City.

Burns had his first work as a voice-over artist for ads. By that time, he was living in a basement apartment near Times Square. Later, he got few acting roles on the TV series “Law & Order”, and “Homicide: Life on the Street”. In 1995, he gave an audition for the Blue’s Clues’. However, he earlier thought that it was a kind of voice-over role.

You May Also Like:   Damon Wayans Net Worth, Age, Bio, Wife, and Kids

Steve was not able to impress the Nickelodeon executives at first glance, but, in the end out of 100 people who auditioned, he was selected. The Nickelodeon Executive producer, and co-creator, Traci Paige Johnson called him the most real out of 100 people. The Blue’s Clues eventually became an instant hit just because of Burn’s performances in the show, which was perfect according to the show’s format.

Burns hosted the popular children’s series for six years from 1996 to 2002. Besides his hosting part, he also showed his involvement with the production of the show. After hosting 100 episodes, he announced his retirement as a host in 2002.

Steve stated that though he never wanted to be a children’s host, he remained attached to the show for a long time. At the end of his last day, he shaved his head. After his departure, he was replaced by the new host, Donovan Patton.

Burns continued his musical dream after he departed from Blue’s Clues, and worked material for his first album for two and half years. On August 12, 2003, he finally dropped his debut album “Songs for Dustmites”. Burns later formed a musical band named Steven Burns and the Struggle. He released his second album titled Deep Sea Recovery Efforts in 2009.

Steve has also made an appearance in some movies. He has acted in the 2007 horror-comedy movie titled “Netherbeast Incorporated”, and the 2008 movie “Christmas on Mars”.

Steven Burns has most recently released a video on the 25th anniversary of Blue’s Clues. The video was directed to his older fans who grew up watching him on Blue’s Clues. Through his video, he explained what happened to his character after his departure from Blue’s Clues.

He said, “I just kinda got up and went to college. And that was really challenging by the way, but great because I got to use my mind and take a step at a time, and now I literally am doing many of the things that I wanted to.”

As of 2022, Steve Burns’ personal wealth is estimated to be around $11 million. He has gathered a huge amount from appearing in several TV shows, and movies. His music career might have also added some amount to his net worth.

Jerry Douglas Net Worth: How Rich was the Actor Actually in 2022?

Brian Austin Green Net Worth: How Rich is the Actor in 2022?