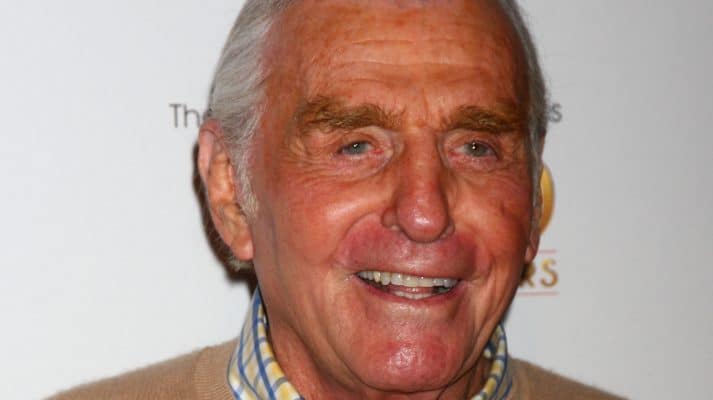 Jerry Douglas was an American movie and TV actor. He is best known for his appearance as patriarch John Abbott on CBS’s TV soap opera “The Young and the Restless”. Jerry died at the age of 88 after suffering a brief illness on November 9, 2021. Jerry Douglas net worth at the time of his death is estimated to be around $5 million.

Jerry Douglas was born Gerald Rubenstein on the 12th of November, 1932 in Chelsea, Massachusetts, United States. He was born to Jewish immigrants, who moved to the United States from Eastern Europe. Jerry grew up in Chelsea, where he studied economics degree at Brandeis University. He also attended law school in Boston, however, he gave up studying to focus on his acting career.

In his early struggling days, Jerry gave audition for many roles, but, despite making a strong effort, he didn’t succeed to get a role. He was not a trained actor, due to which, he was facing rejection all over. Then, he shifted his place to San Fernando Valley, where he started selling insurance. Though, he didn’t give up on acting as he used to take acting classes at night.

Douglas received early encouragement after he appeared in the play “John Brown’s Body”. He also portrayed villains in several TV shows like “The Feather and Father Gang” and “Mission: Impossible”. In March 1982, he got the big break after he took over the role of patriarch, John Abbott on CBS’ Daytime soap opera “The Young and the Restless”. Jerry portrayed the role for about 25 years till the character died in 2006.

Jerry was then out of work for a few months. Though, he was brought back as a recurring guest star by the head writer of the series, Maria Arena Bell on September 1, 2006. After his character’s death, he appeared as a John Abbott’s spirit, who was only bee seen by his children and friends whenever they are in trouble. Then in 2008, he was given the role of Alistair Wallingford in the series, which he played for around 3 months.

Jerry Douglas was first married to actress, Arlene Martel. He met her while he was staying in California. Arlene had a young son named Adam Palmer, by the time she met Jerry. Later, they married in 1962, and together the pair had two kids named Avra and Jod. Jerry and Arlene lived together for 11 years before separating with divorce in 1973. After separation, Arlene shifted to Carmel with her two kids.

Jerry then met a lady named Kymberly Bankier at a Muscular Dystrophy Association event. The pair exchanged wedding vows on April 6, 1985. Both share a son named Hunter. Kymberly stayed by his side until he died after suffering a brief illness on November 9, 2021. Jerry left the world just days before his 89th birthday on November 12.

Jerry Douglas had earned a net worth of $5 million before he passed away on November 9, 2021. He had gathered a massive fortune through his acting career. Besides his acting career, Jerry has released a CD named “The Best Is Yet to Come” in 2007, which is a collection of jazz standards. Since the release date, he has performed the jazz collection around the U. S. and Canada.

You May Also Like:   Tanner Buchanan Height, Age, Bio, Net Worth, Girlfriend & Career

Heath Freeman Net Worth & Wiki: How Rich was the Actor Actually?

Steve Burns Net Worth: How Rich is the Actor Actually in 2022?