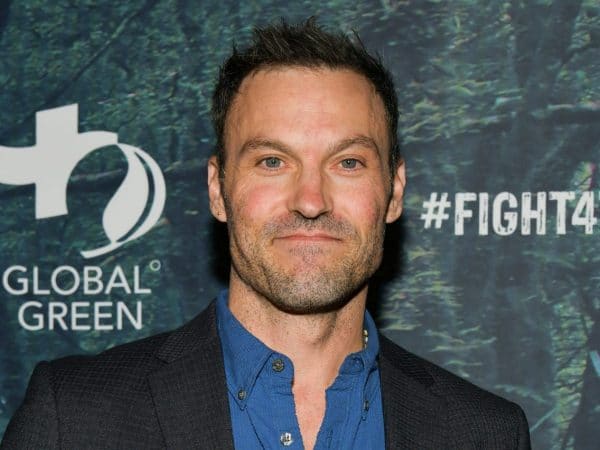 Brian Austin Green is a renowned American actor, and producer. He is best known for appearing as David Silver on the teen drama series “Beverly Hills, 90210”. Green is also recognized for his notable performances on the TV series “Terminator; The Sarah Connor Chronicles”, and “Anger Management”. As of 2022, Brian Austin Green net worth is estimated to be roughly $10 million.

Brian Austin Green was born on the 15th of July, 1973 in Van Nuys, California, United States. He was born to his parents, George, and Joyce Green. He added Austin to his name to differential himself from another actor. For his study, he joined the North Hollywood High School.

Green started his acting carer in 1985 by playing the role of Willie in the fantasy comedy movie titled “The Canterville Ghost”. He got the first recurring role of his career as Brian Cunningham on CBS’ prime-time soap opera “Knots Landing”. For his exceptional performance on the series, he received nominations for Young Artist Award in 1988 and 1989.

You May Also Like:   Jerry Douglas Net Worth: How Rich was the Actor Actually in 2022?

Brian later received wide recognition after he was cast as David Silver in the teen drama TV series “Beverly Hills 90210”. He also worked as a co-producer of the series for 40 episodes. In 2001, he appeared briefly as a police officer in the Showtime drama series “Resurrection Blvd.”

Green showed up as a John Corben/Metallo in the superhero TV series “Smallville” in 2009. After a year, he made an appearance on the ABC series “Desperate Housewives”, where he showed brilliant performance as a Keith Watson. In 2012, he starred in the TBS comedy-drama series “Wedding Band”. However, the series ran for just two months as it was canceled due to low ratings on January 22, 2013.

Brian is recently named as one of the cast members on ABC’s dance reality show “Dancing with the Stars”. The new season will premier on ABC on September 20, 2021. Prior to that, he has been a part of the reality show where he competed on season four of the singing competition show “The Masked Singer” in 2020. Though, he was eliminated soon from the show.

Brian Austin Green was married to actress, Megan Fox. The pair met first time on the set of the TV sitcom “Hope & Faith”. At an earlier stage of their love affair, Green was not ready to enter into a relationship with Fox due to a big age gap. However, they got engaged in 2006, which last for three years, and they broke off their engagement in February 2009.

Green and Fox reconciled their engagement again in June 2010, and on June 24, the couple exchanged their wedding vows on the island of Hawaii. Green and Fox filed for divorce for a second time in November 2020. He shares three sons with his ex-wife Fox, named; Noah Shannon, Bodhi Ransom, and Journey River. As per sources, he is currently dating an Australian ballroom dancer, Sharna Burgess.

As of 2022, Brian Austin Green’s personal wealth is estimated to be around $10 million. He has made a huge amount through his involvement in the entertainment industry for over three decades.

Green has also been quite active in philanthropy works. He and his current girlfriend, Sharna Burgess recently supported the Trueheart Search Engine by participating in the Search4Smiles campaign.

Steve Burns Net Worth: How Rich is the Actor Actually in 2022?