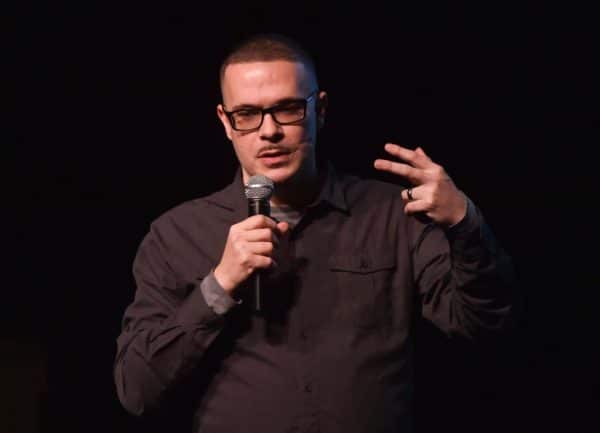 Jeffery Shaun King, simply known as Shaun King is an American writer and civil rights activist. He is the co-founder of the Real Justice PAC. Shaun is best known for promoting social justice causes through social media.  As of 2022, Shaun King net worth is estimated to be roughly $3 million.

He recently came in the spotlight for purchasing an $842K worth 5-bedroom flat using the donation amount which he received for his social causes from social media followers.

Shaun King was born on 17th September 1979 in Franklin County, Kentucky, United States. He and his brother were raised by his mother, Naomi Kay King. For his study, he initially joined Huntertown Elementary School, and later he attended Woodford County High School.

King has stated that he has been the victim of racism while he grew up in Kentucky. He was about to get killed when a group of youths tried to run the vehicle over him on the school property. However, even after complaining to school authorities, they took the side of the youth and didn’t take any action. As he grew up, he was beaten badly by the rednecks due to which he had to miss two years of high school.

Shaun later attended Morehouse College from where he completed his graduation with majoring in history. In the midway of college, he took a medical leave, and when King came back to the college, he was credited as an Oprah Winfrey Scholar by Morehouse. Though to maintain the scholarship, he had to fulfill the community service requirements, and in the process, he started teaching at the Franklin Lebby Stanton Elementary School.

King received his graduation degree from Morehouse in 2002, and thereafter, he worked as a research assistant for the Morehouse’s history professor, Alton Hornsby Jr. King has also earned a Master’s degree from Arizona State University in 2018 where he majored in history.

Shaun started working as a pastor at Georgia-based Total Grace Christian Center after leaving the teaching profession. By reaching 2008, he founded a church based in Atlanta “Courageous Church”. At that time, he uses social media to hire new members, who were known as Facebook Pastor. After serving four years as a pastor, he gave his resignation from the Courageous Church giving the reason as personal stress and disillusionment.

King came into notice after the shooting of Michael Brown, where he wrote an article analyzing the crime scene. During his analysis, he put up the evidence that shows the officer, Darren Wilson was nowhere near danger during the shooting.

In September 2014, he started working as a contributing blogger on the politically liberal website “the Daily Kos”. On the website, he had mainly focused on civil rights and violence in the places of Missouri, Ferguson, and South Carolina.

Shaun launched the crowdfunded website named “The North Star” in 2019. He called the website an online revival of an anti-slavery newspaper that has the same name. He has also launched an organization named “Justice Together” in August 2015 that would help in identifying the police brutality and the local lobby politicians for change.

In 2018, he co-founded the political action committee “Real Justice PAC”. The committee was formed to help in electing prosecutors who support criminal justice reform at the city and county levels.

Shaun King is married to a lady named Rai King. He is raising five kids with his wife Rai. Out of his five kids, 2 were legally adopted, and 3 are born with his wife. King has been raising money for various charitable causes such as the Black Lives Matter movement. He even founded the charity website named HopeMob.or in 2012 that would raise money for particular persons after listening to their stories.

Recently, King has fallen into controversies after he was suspected to be using the donation amount for his personal uses. People started to take the rumor seriously when he bought the $842K home. In response, King mentioned that he has not bought the house, it’s his wife Rai, who has bought the home. He wrote on an Instagram post “My wife bought this home, her first, after working her a-off for 20+ years.”

As of 2022, Shaun King’s personal wealth is believed to be around $3 million. He raised a big amount of $1.5 million while working as a pastor at HomeinHaiti.org. The amount was raised for the earthquake’s victims in 2010.

To date, he has raised a lot of amounts in the name of several criminal justice causes. However, due to the lack of transparency in the money he raised, it’s difficult to say he has used all the money for good causes, not for his personal uses.

Dave Portnoy Net Worth: How Rich is the Barstool Sports Founder?