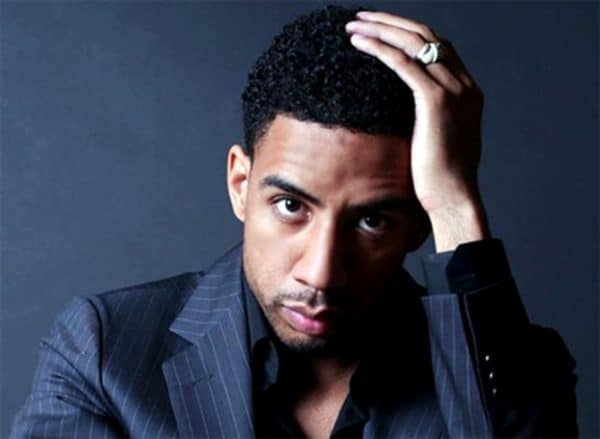 Anthony Ryan Leslie, better known as Ryan Leslie is an American record producer, singer and entrepreneur. He has produced many hit numbers for renowned artists like Britney Spears, JoJo, P. Diddy, Kanye West, Chris Brown, Lloyd Banks, and Red Cafe. Though, he had his most commercial success with the singer and actress, Cassie. As of 2022, Ryan Leslie net worth is estimated to be around $14 million.

Ryan Leslie was born on the 25th of September, 1978 in Washington D. C., United States. His parents were Salvation Army officers, due to which, he has lived in different states, cities, and countries. He was able to play by himself when he was an early age. Leslie was also quick to develop the ability to arrange chords and recite music at a young age.

Leslie has attended Bear Creek High School, where he scored a perfect score of 1600 on his SATs. Then, he applied to four different Universities; the University of California, Stanford, Harvard, and Yale. Though he was accepted into all Universities except Stanford, he finally decided to join Harvard College.

Ryan held his University degree from Harvard with majoring in Political Science and Macroeconomics. He used to spend many hours creating and developing music while attending Harvard University. At that time, he also learned the basic production skills by himself and went on to develop his own music style.

You May Also Like:   Ashanti Net Worth: How Rich is the Singer Actually in 2022?

Leslie was just 19 when he completed his university graduation, and so he urged his parents to let him pursue his musical dream. Then, he stayed in Boston for a while. While staying there, he served at community service jobs that supported him to work on his music. He used to spend nighttime working on his music in the recording studio.

Leslie released his lead song from his new album “Transition” in December 2007. He featured pop singer, Cassie for his second song, “Addiction”, where she made a rap cameo. He dropped his third song “How It Was Supposed To Be” on March 23, 2009. To date, he has released eight albums. His latest music project titled “Fleurier Flows (EP)” was released in 2019.

Leslie also became successful as a producer. He created his own music-media company, NextSelection Lifestyle Group with the online marketing partner, Rasheed Richmond. In 2005, he signed his first artist, Cassie, who was the fastest rising R&B act that year. Leslie has recently signed music artists Krys Ivory and Mia Rose under NextSelection.

Ryan Leslie’s present relationship status is assumed to be single. However, he has been in a relationship with few known personalities in the past. Leslie has dated Kenza Fourati, Nicole Trunfio, Chanel Iman, Cassie Ventura, Shanina Shaik, and Daniela Braga. His most talked-about relationship was with Cassie Ventura with whom he separated in 2007.

As of 2022, Ryan Leslie’s personal wealth is estimated to be around $14 million. Leslie recently appeared on the podcast “Earn Your Leisure”, where he said how he turned $100K of apple stock into $16 million.

Matt Pokora Net Worth: How Rich is Christina Milian’s Partner?

Chase Rice Net Worth: How Rich is the Country Singer Actually?