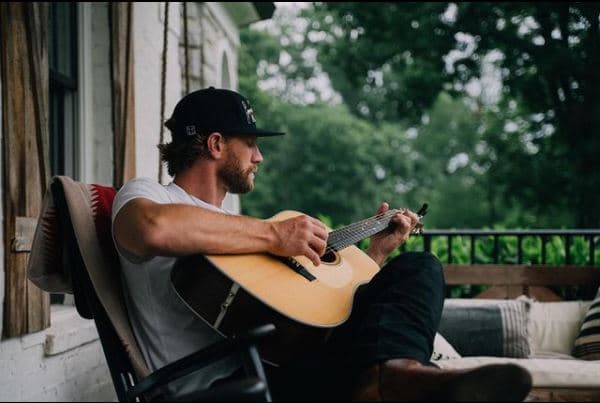 Chase Rice is an American country music singer and reality TV personality. He is best known for his 2014 full-length album “Ignite the Night”. Rice is also recognized for his appearance on the CBS reality series “Survivor: Nicaragua”. As of 2022, Chase Rice net worth is estimated to be roughly $4 million.

Chase Rice was born on the 19th of September, 1985 in Ormond Beach, Florida, United States. He grew up on a farm-based in Asheville, North Carolina. For his study, he joined the AC Reynolds High School. Later, he attended the University of North Carolina.

Chase played as a linebacker on the University’s football team. However, he didn’t continue his career in NFL due to injury. Following graduation, he joined the Hendrick Motorsports pit crew. There, he served as the rear tire carrier for a professional racing driver, Ryan Newman’s Nationwide Series car.

Chase came into notice for the first time when he appeared as a cast member on the reality TV show “Survivor: Nicaragua”. He did really well in the reality series finishing as a runner-up. Chase played his song “Buzz Back” on the reunion show. He released his debut studio album titled “Friday Nights & Sunday Mornings” on April 22, 2010.

You May Also Like:   Yung Baby Tate Net Worth: How Rich is the Singer Actually?

Chase released his six-track EP titled “Country as Me” in March 2011. The EP also features his song “Buzz Back”. He dropped his second studio album “Dirt Road Communion” on March 20, 2012. The album peaked at the 48th spot on the Billboard Country Albums chart.

Chase released his third studio album “Ignite the Night” on August 19, 2014. The album became a massive hit, which includes the Platinum-certified song “Ready Set Roll.” On August 13, 2018, he released his first number one song on country radio titled “Eyes on You.”. The song peaked at the top spot on the radio chart for consecutive weeks.

Chase made an appearance on the 24th season of the reality series “The Bachelor”, where he gave his performance at a private concert which was organized for Bachelor, Peter Weber, and his date, Victoria Fuller. At the end of the concert, Fuller revealed that she had dated Chase before.

In November 2020, Rice released his new song “Drinkin’ Beer. Talkin’ God. Amen” from his upcoming album titled “The Album”. The song also features his long-time friend, Florida Georgia Line. His fifth studio album, The Album was officially released on May 28, 2021.

Chase Rice is reportedly dating a famous TV personality, Kristin Cavallari. As per the source, the pair have started hanging out together after they were introduced by their mutual friend. The insider revealed that their relationship is still in the early stages, and it would be better to say it’s casual right now.

You May Also Like:   Blanco Brown Net Worth: Height, Age, Career & Real Name

As of 2022, Chase Rice’s personal wealth is estimated to be around $4 million. He has gathered a huge amount from his music career and playing at various concerts.

Chase has reportedly sold nearly two million albums and has received over 1.6 billion total streams. He might also be earning a handsome figure from his self-titled YouTube channel, where he has 292K subscribers and over 169 million views.

Ryan Leslie Net Worth: How Rich is the Singer Actually in 2022?

DJ Mustard Net Worth: How Rich is the Record Producer Actually?