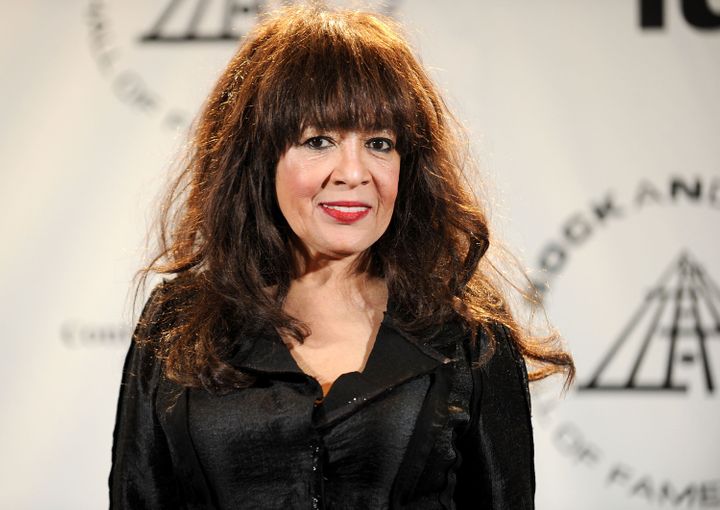 Ronnie Spector was an American singer who was best known for forming the girl group, the Ronettes in 1957. She has sung a string of hit songs being lead on the Ronettes, which includes “Be My Baby”, “The Best Part of Breaking Up”, “Baby, I Love You”, and “Walking in the Rain”. Spector died at the age of 78 after a long battle with cancer on January 12, 2022. Ronnie Spector net worth at the time of her death is estimated to be around $5 million.

Ronnie’s birth name is Veronica Yvette Bennett and was born in Manhattan, New York City on the 10th of August, 1943. She was born to an Irish-American father and African-American-Cherokee mother. Ronnie grew up with her sister named Estelle Bennet who was encouraged by their large family to sing. Alongside her sister, she formed the music group called the Darling Sisters, which was later known as the Ronettes.

Ronnie studied at the George Washington High School, where she and her sister used to perform locally in Washington Heights. In the early 1960s, the Ronettes were able to get popular around the greater New York area, which helped them to get a recording contract with the Coplix Records.

In 1963, they were signed to record label, Philles Records with the help of record producer, Phil Spector. Following that, the Ronettes gave many hit numbers. In 1965, they had 2 top to 100 hits with the songs “Is This What I Get for Loving You?” and “Born to Be Together”.

In early 1967, the Ronettes parted their ways after a European tour. Then, she focused on her solo career. In 1971, she recorded a track titled “Try Some, Buy Some/Tandoori Chicken” which received moderate success.

Ronnie reformed her old group the Ronettes including two new members, Kim Fields and Diane Linton in 1973. The group came up with their few songs on Buddah Records, however, the songs failed to make a positive impact. However, Ronnie was getting popular as a solo artist with her hit tracks. In 1986, she featured as a vocalist on the Top 5 hit song of Eddie Money titled “Take Me Home Tonight”.

Ronnie released an EP titled “She Talks to Rainbows” in 1999 which included a cover of her few old songs. In 2003, she provided backing vocals on the pop-rock band The Misfits album Project 1950 for the songs “You Belong to Me” and “This Magic Moment”. Spector was inducted into the Vocal Group Hall of Fame in 2004.

Following that, she continued her musical journey by providing guest vocals on indie rock duo The Raveonette’s album “Pretty in Black”. In 2007, she was inducted into the Rock & Roll Hall of Fame. Spector came up with the debut album of new material in a decade titled “English Heart” in 2016, which charted at No. 6 on the Billboard Top Heatseekers chart. In 2018, she appeared in a music documentary titled “Amy Winehouse: Back to Back” which was based on English singer, Amy Winehouse.

Ronnie Spector was first married to record producer, Phil Spector. She started an affair with Phil after signing a record deal with his label in 1963. Phil was already married to someone at that time, though, Ronnie was unaware of his marital status. In 1965, Phil divorced his wife and started living with Ronnie in his newly bought Beverly Hills home. They turned into a married couple on April 14, 1968. After two years, Phil gave a surprise on Christmas by adopting twins named Louis and Gary.

However, her marriage with Phil turned out to be a deadly nightmare for her. In 1974, Ronnie was preparing for a divorce settlement after which she received a death threat from Phil as he was supposed to have hired a hitman to kill her. In 1988, She and other members of the Ronettes brought Phil in the legal matter and sued him for a whopping $10 million in damages. After a long battle of 10 years, Ronnie received more than $1 million royalties from Phil.

Ronnie married for the second time with her manager, Jonathan Greenfield in 1982. They were living happy life staying in their house in Danbury along with their 2 sons Jason Charles and Austin Drew. On January 12, 2022, her family released a statement notifying that the singer is no more and passed away after a brief battle with cancer.

Ronnie Spector has earned a total net worth of $5 million before she died on January 12, 2022. She had gathered a huge amount from her music career and from winning the legal battle with her former husband, Phil Spector.

Monica Aldama Net Worth: How Rich is the Cheerleading Coach Actually?

Morray Net Worth: How Rich is the Rapper Actually?