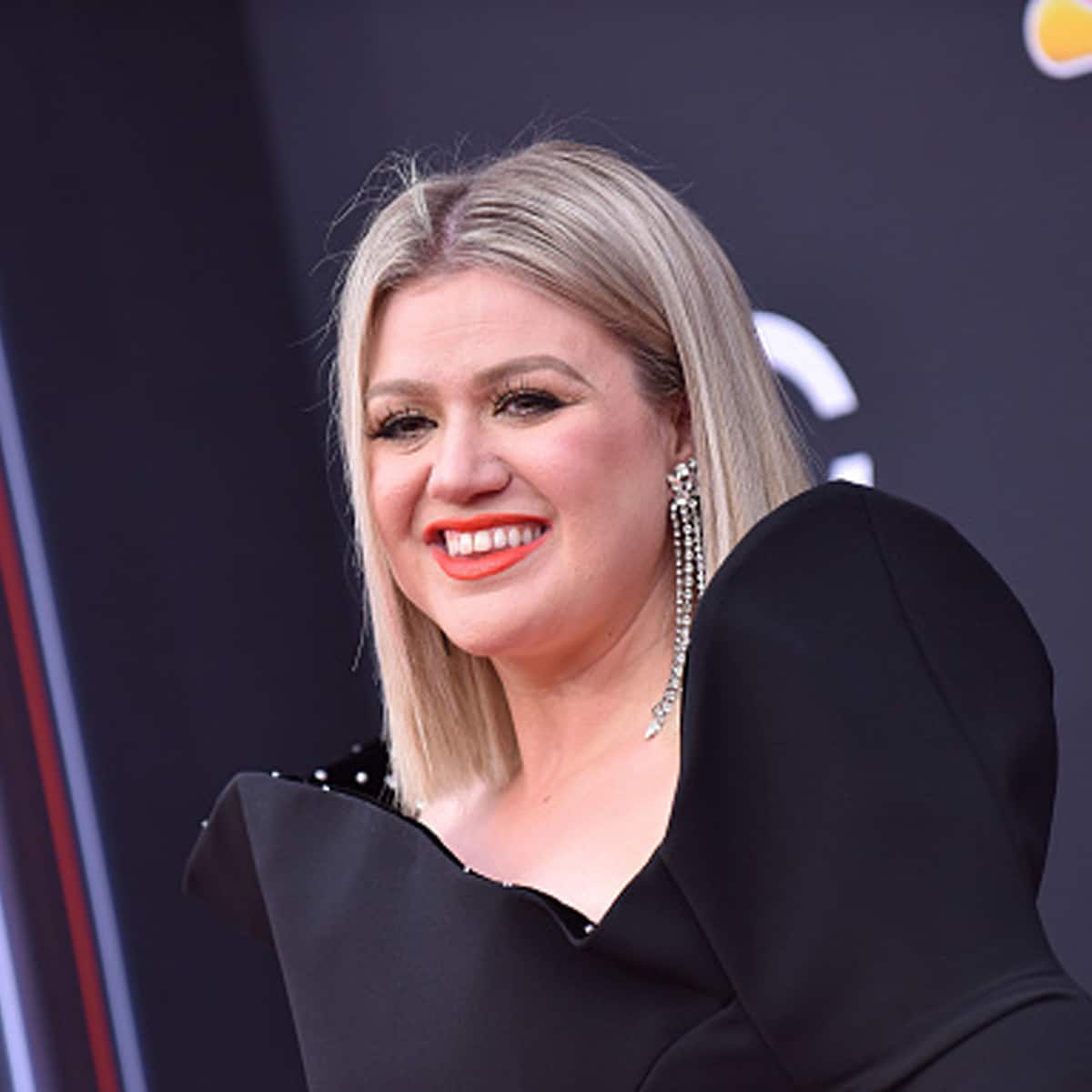 The top 20 richest American Idol contestants ranked by their net worths are below. Not everyone who shined on the show went onto stardom, but a few certainly achieved that.

We have collected information from numerous reliable sources such as Forbes, Celebrity Net Worth, and The Richest to determine the net worths of the richest American Idol contestants.

Before you begin reading, can you guess the wealthiest contestant who didn’t win the finale?

The 20 richest American idol contestants on earth living today according to their net worths:

Nicholas James Fradiani IV is an American singer from Guilford, Connecticut who rose to popularity after winning the fourteenth season of American Idol in May 2015.

Prior to that, Fradiani was the lead singer of pop/rock band Beach Avenue, who won Battle of the Bands at Mohegan Sun in 2011.

Recently, he dropped an album, a six-track EP, and went on tour with The Alternate Routes.

Caleb Perry Johnson is an American singer from Asheville, North Carolina who won the thirteenth season of American Idol. According to News Week, winners of the show receive $125,000 upfront and another $125,000 after they release a full-length album.

Following the series’ conclusion, Johnson signed with Interscope Records and released his debut solo album, Testify. Now, he is independent after replacing the late Meat Loaf in the Neverland Express.

Taylor Reuben Hicks is an American singer from Birmingham, Alabama who won the fifth season of American Idol in May 2006. Afterward, he performed on Broadway and ventured on a national tour in Grease playing Teen Angel.

In 2012, Hicks began his residency at Bally’s Las Vegas before moving to a bigger venue the next year in the form of Paris Las Vegas.

Ruben Studdard is an American singer and actor from Frankfurt, Germany who rose to fame as the winner of the second season of American Idol. In 2003, he received a Grammy nomination for Best Male R&B Vocal Performance for his recording of “Superstar.”

In total, Studdard has released seven studio albums, including his platinum-selling debut project titled Soulful. He has graced the Broadway theatre and even appeared on The Biggest Loser show on NBC.

Fantasia Monique Barrino, known professionally by her mononym Fantasia, is an American R&B singer from High Point, North Carolina. She rose to fame after winning the third season of American Idol.

Her debut album titled Free Yourself achieved platinum status. Then, her sophomore effort went gold for moving over 500,000 units. Since 2012, Fantasia has sold nearly 3 million copies of her albums.

Kristopher Neil Allen is an American musician, singer, and songwriter from Conway, Arkansas who is the winner of the eighth season of American Idol.

Moreover, Allen has sold seven LPs over the course of his career, including his successful self-titled major-label debut in 2009. Actually, it went on to move over 1.7 million copies.

You May Also Like:   Carson Daly Net Worth: How Rich Is the Television Host in 2022?

Phillip LaDon Phillips Jr. is an American musician and singer-songwriter from Albany, Georgia who rose to fame after winning the eleventh season of American Idol in May 2012.

Furthermore, his coronation track, Home, became the best-selling song in the show’s history.

Phillips’s debut album titled The World from the Side of the Moon remained on the Billboard Top 200 album chart for 61 weeks. Lastly, he has sold over 2.7 million albums in total.

Scott Cooke McCreery is an American country music singer from Garner, North Carolina who won the tenth season of American Idol in May 2010.

Impressively, each of his first four projects became top 10 albums in the United States. McCreery has headlined four tours while serving as the supporting act on four others.

David James Archuleta is an American pop singer from Miami, Florida who finished second on the seventh season of American Idol. Since 2008, he has released eight solo albums and one compilation tape.

Coming out of the gates strong, Archuleta managed to move over 900,000 copies of his debut album worldwide. Remarkably, he was only 18 years old when he appeared on American Idol.

David Roland Cook is an American rock singer-songwriter from Houston, Texas who gained widespread attention after winning the seventh season of American Idol in 2008.

Additionally, Cook has profited off of headlining 10 tours and supporting a trio of others.

Efraym Elliott Yamin is an American singer from Los Angeles, California who placed third on the fifth season of American Idol. Unfortunately, the only album that charted for Yamin was his self-titled debut (gold).

Yet, his single Wait for You has gone on to reach platinum status. Furthermore, Yamin’s consistency has led to his success, dropping nine albums since 2007.

Clayton Holmes Aiken is an American singer, television personality, actor, political candidate, and activist from Raleigh, North Carolina. He placed runner-up on the second season of American Idol in 2003.

Incredibly, his debut album titled Measure of a Man went multi-platinum, moving north of 2 million copies. Overall, Aiken is the fourth highest-selling entry on the list of the richest American Idol contestants. He has ventured on 11 different tours over the years as well.

Pickler has had many songs appear on the Billboard charts. In fact, she was ranked as the 14th best American Idol alumna in 2012.

The next year, she and her partner were declared the winners of Dancing with the Stars.

Perhaps the most famous entry thus far on the list of the richest American Idol contestants is Chris Daughtry. The singer, musician, and actor from Roanoke Rapids, North Carolina placed fourth on the fifth season of the show.

Since then, Daughtry has sold over 9 million albums in the U.S. along with an additional 25.6 million digital tracks. Impressively, his self-titled debut album went six times platinum.

Jordin Sparks-Thomas is an American singer, songwriter, and actress from Phoenix, Arizona who the sixth season of American Idol in 2007. Wildly, she did so at 17, making her the youngest to ever win.

On top of that, Sparks went double platinum with her self-titled debut album in 2007. As of a decade ago, she has sold 1.3 million albums and 10.2 million singles in the U.S. alone.

Katharine Hope McPhee Foster is an American singer-songwriter and actress from Los Angeles who was the runner-up on the fifth season of American Idol.

McPhee has dropped five solo albums, most of which were successful, but she has been acting more recently. Actually, she has starred in shows like NBC’s Smash and Scorpion on CBS.

Jennifer Kate Hudson is an American singer and actress from Chicago, Illinois who rose to fame after placing seventh on the third season of American Idol.

Overall, Hudson has won a Grammy, an Academy Award, and even received a star on the Hollywood Walk of Fame in 2013.

Also, she has starred in films like Dreamgirls and Sex and the City, along with being the spokesperson for Weight Watchers. According to Yahoo, Hudson made about $10 million for being a judge on two seasons of The Voice on NBC.

Adam Mitchel Lambert is an American singer and songwriter from Indianapolis, Indiana who has sold over 3 million albums and 5 million singles worldwide since finishing runner-up on American Idol in 2009.

The Grammy-nominated artist became the first openly gay artist to top the album charts with his sophomore album, Trespassing.

Clarkson rose to fame for winning the very first season of American Idol in 2002, which earned her a recording deal with RCA. According to Billboard, she has sold 18.6 million albums, 15.9 million tracks, and has had 4.2 million radio plays.

Carrie Marie Underwood is an American singer and songwriter who gained immense recognition after winning the fourth season of American Idol in 2005.

Actually, she is still the best-selling artist from the American Idol franchise with a total of 16.3 million albums sold in the United States. Globally, Underwood has managed to move over 70 million copies of her music.

In addition to launching her own apparel brand, Underwood has inked endorsement deals over the years with brands such as Target, Olay, and Dick’s Sporting Goods.