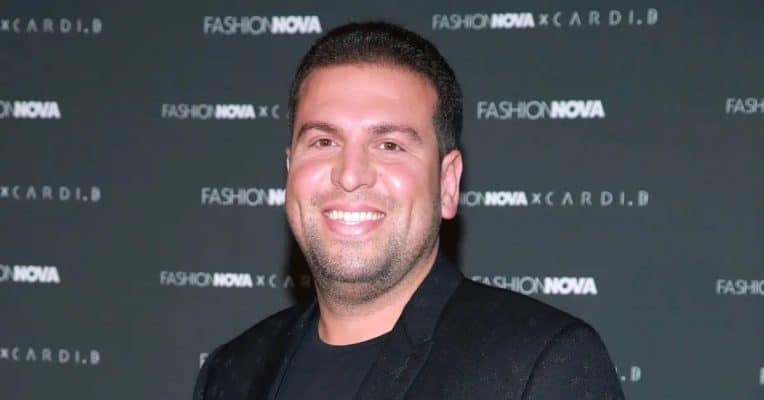 Richard Saghian is an American businessman who is the founder and CEO of a fashion company called Fashion Nova. As of 2022, Richard Saghian net worth is estimated to be over $60 million.

Richard Saghian was born on January 31, 1982, in California, United States. His interest in the fashion industry came through his father who owned women’s clothing stores when he was very young. Richard along with his whole family members used to work in the stores.

In 2006, he founded the fashion company Fashion Nova. The motto at that time was selling low-price “clubwear” and apparel in Los Angeles- area malls. Seven years later, he launched the e-commerce website and used the platform Instagram as a source for promoting his brands and products.

With the use of social media sites for promoting their brands, the company’s fame grew enormously. The company’s Instagram page now boasts a massive 20.2 million followers and their social media count is more than H&M and Zara combined.

Fashion Nova is now one of the most successful fashion companies in the world. It works with about 1,000 different manufacturers and releases around 600-900 new styles per week. The company’s items are mainly made in Los Angeles but also work with several vendors in China.

In 2018, Fashion Nova surpassed brands like Gucci, Louis Vuitton, and Chanel for most web-searched fashion brands. The company managed to report a staggering profit of over 600% that year.

Fashion Nova had also a deal with rapper Tekashi69 in which he would drop the name of the company in one of his songs. However, the lyrics were pulled after a dispute between Nicki Minaj and Cardi B, who is a brand ambassador of the company.

Very little is known about Richard’s personal life as he is of a private nature. We have no information about his relationship and dating life too.

Recently, on June 25, 2021, several gunfires were exchanged outside his home. According to Los Angeles Police, the shooting happened at 2.a.m outside Richard’s home during an attempted robbery on the street. Four people were wounded, including a suspect and another suspect was killed. Luckily, Richard was inside his home and was not a victim of the robbery, and was not hurt.

As of 2022, Richard Saghian’s personal wealth is estimated to be around $60 million. A vast chunk of money comes from his successful career in Fashion Nova. In 2018, Richard purchased a Hollywood Hills home for $17.5 million. The home previously belonged to the late DJ Aviccii and contained 7,000 square feet, 6 beds, 7-bath rooms.

You May Also Like:   Washington Ho Net Worth: How Rich is Binh Ho's Son Actually?

Allen Weisselberg Net Worth: How Rich is the Businessman Actually?

F Lee Bailey Net Worth: How Rich was the Attorney Actually?