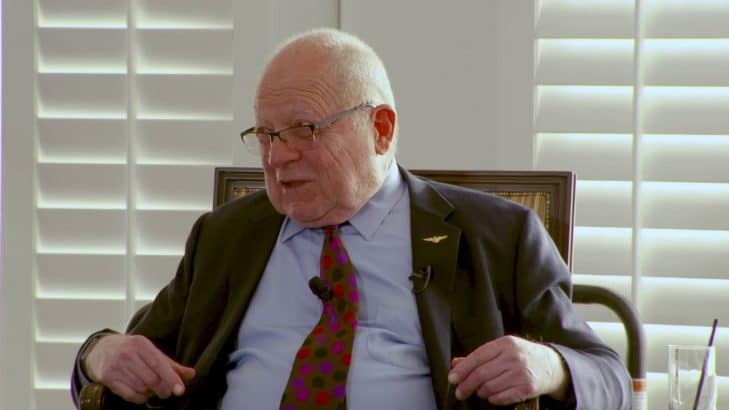 Francis Lee Bailey Jr. was an American criminal defense attorney. During this career, he represented several well-known personalities among whom the most popular was the case of O.J. Simpson. F Lee Bailey net worth before his death is estimated to be around $100,000.

Bailey studied at Kimbal Union Academy from where he graduated in 1950. He then joined Harvard university but would drop out in favor of being part of the U.S. Navy in 1952. He then became part of the Marine Corps and became a Naval Aviator. Then in 1957, he again began his studies this time at Boston University of Law and graduated with an L.L.B. in 1960. He was a great student and came first in his class.

During his career, F Lee Bailey was part of several cases that made him a well-known attorney. During the start of his law career, he defended Sam Sheppard who had previously been found guilty of the murder of his wife. After Bailey looked after the case, there was a re-trial in place and Sheppard ended up not being found guilty. This case led to Bailey being recognized as a top criminal defense attorney and other high-level cases soon followed.

The highlight of his career has been being a part of O.J. Simpson’s defense team to handle his case where he was accused of murder. This trial was highly publicized throughout America with many people showing an interest in the result of the case. O.J. Simpson was infamously found not guilty for the case which led to people having mixed opinions about the result. Yet, Bailey was able to successfully get the job done and in the world of criminal defense, he became known for handling one of the most complicated and at the same time public trials of U.S. History.

Francis Lee Bailey passed away on June 3, 2021, in Atlanta. He was 87. During his lifetime, Bailey married four times. His first marriage was with Florence Gott with whom he separated in 1961. His other marriages were with Froma Portley, Lynda Hart, and lastly with Patricia Shiers. In total, he also had three children from his marriages.

As of 2022, F Lee Bailey has an estimated net worth of $100,000. Though at one time during his career, Bailey had a net worth above $10 million considering the high fees he took, mishandling of financial matters led to him having to declare bankruptcy in 2016 and ended up only having his 1999 Mercedes as an asset.

Among the major reasons for his financial troubles was the Claude DuBoc Case. He was handed over $6 million worth of stock in a company called BioChem as part of his compensation. Complications arose when it was found he hadn’t handed over the stock as per the law. This led to his disbarment from the law in 2001 and had to pay $5 million in taxes with him still owing $2 million to the IRS.

Paul Bernon Net Worth: How Rich is Bethenny Frankel’s Fiance?