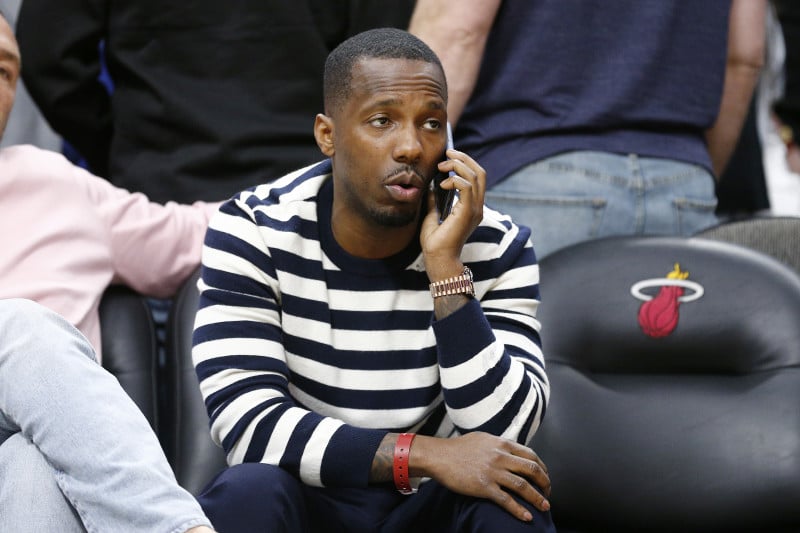 Rich Paul is an American sports agent, who represents many known NBA players like Anthony Davis, Joh, Jusuf Nurkic, LeBron James, and Lonzo Ball. He is also the founder of Klutch Sports Group. As of 2022, Rich Paul net worth is estimated to be roughly $120 million.

Rich Paul is recently in limelight for dating Grammy-winning singer, Adele. The pair were first captured together at NBA Finals that took place on Saturday, July 17, 2021.

Rich Paul was born on the 16th of December, 1981 in Cleveland, United States of America. He spent his childhood days growing up in a one-bedroom apartment based in Glenville. His father used to run a store named R & J Confectionery. He lost his father due to cancer in 1999.

Paul has studied at the Roman Catholic High School. Following graduation, he was mentored on selling vintage jerseys by the Distant Replays owner, Andy Hyman. At 19 years of age, he purchased his first house. Under Hyman’s guidance, he used to purchase throwback jerseys from Atlanta and make around $10,000 a week from selling the jerseys in Cleveland.

Rich happened to meet the professional basketball player, LeBron James at Akron Canton Airport in 2012. James was quite impressed with his authentic Warren Moon throwback jersey. Paul gave his contact number to James, and soon he was contacted by James, where he purchased the Lakers Jersey of Magic Johnson and Rams jersey of Joe Namath.

You May Also Like:   Andy Jassy Net Worth: How Rich is the Future Amazon CEO Actually?

After some time, Paul started working under the basketball executive and sports agent, Leon Rose. He worked with Rose for nearly six years and left his agency, Creative Artists Agency in 2012. Then, he went on start his own agency named Klutch Sports Group. Paul took his old mate LeBron James with him for his new venture. With the help of an attorney, Mark Termini, Paul got the NBA contract negotiations for Klutch Sports Group.

Paul already had gathered 25 clients by 2019, where he brokered more than $1 billion in contracts. He got another opportunity in 2020 when United Talent Agency (UTA) put a partnership deal with Klutch to run a sports division. With that, he was able to expand the sports clients from 4 to 23. After few months, he was made one of the board of directors at UTA.

Paul launched his new venture, Klutch Conversations in a partnership with General Mills, and SocialWorks during the NBA All-Star Weekend in 2020. It was launched with a motive to boost up financial literacy with youth.

Rich Paul has recently been linked with Grammy-winning singer, Adele. The dating rumors sparked after they were spotted together watching Game 5 of the NBA Finals on July 17, 2021. ESPN’s host Brian Windhorst also made a comment on both, where he said “Rich Paul, LeBron James agent, brings his girlfriend to the game sitting next to LeBron. His girlfriend is Adele”.

Adele has recently confirmed her relationship with Paul via Instagram.

As of 2022, Rich Paul’s net worth is estimated to be around $120 million. Paul is considered as one of the most powerful agents in the current sports world, where has managed more than 20 NBA players. Through his agency, he has been able to generate nearly $1 billion contract deals.

You May Also Like:   Nasser Al Khelaifi Net Worth: How Rich is PSG President Actually?

Randall Emmett Net Worth: How Rich is the Film Producer Actually?