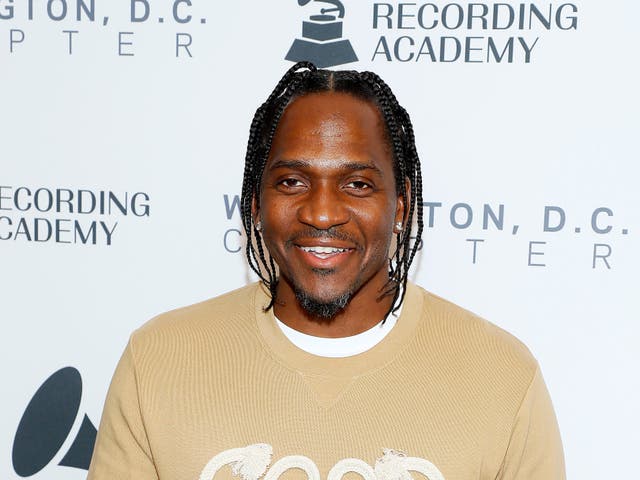 Terrence LeVarr Thornton, better known as Pusha T is a 45 years old American rapper. He is best known for being half of the rap duo, Clipse. Pusha is also the co-founder and co-chief executive officer of the hip hop group, Re-Up Records, which he formed along with his brother, No Malice in 2004. As of 2022, Pusha T net worth is estimated to be around $15 million.

Pusha T was born Terrence LeVarr Thornton on the 13th of May, 1977 in New York City, United States. He grew up with his older brother, Gene in Virginia Beach, Virginia. Pusha and his brother used to sell drugs as a teenager. His brother, Gene was eventually kicked out of their parent’s house after they came to know about his drug activities.

Pusha and his brother, Gene, who is famous as No Malice formed a hip hop group, Clipse in 1992. The duo secured a recording contract with the record label, Elektra Records in 1997. Pusha initially took the stage name Terrace. However, later he changed his name to Pusha T. In 1999, the duo released their first studio album “Exclusive Audio Footage”. In early 2001, they were signed to the record label, Arista Records.

You May Also Like:   Ace Hood Net Worth: How Rich is the Rapper Actually in 2022?

On May 14, 2002, the duo dropped their debut single, Grindin’ which peaked at No. 30 on the Billboard Hot 100. The hip hop duo, Clipse dropped their first commercial album, Lord Willin’ on 20th August 2002. Their album was certified gold by the RIAA on October 1, 2002. Clipse released their second studio album “Hell Hath No Fury” in November 2008, 2006. The duo released their third and final album “Till the Casket Drops” on December 8, 2009.

Following the release of his third studio album, the duo announced that they would be focusing on their solo careers. In September 2010, Pusha was signed to Kanye West’s GOOD Music label. He dropped his solo debut mixtape “Fear of God” on March 21, 2011. He released the first song from his debut album “Blocka” on December 5, 2012. His debut album “My Name Is My Name” eventually hit the market on October 8, 2013.

Pusha continued his solo career by releasing his second studio album “King Push-Darkest Before Dawn: The Prelude” on December 18, 2015. His third album titled “Daytona” was released on May 25, 2018.

Pusha T is married to Virginia Williams. He tied the knot with Virginia on July 21, 2021, at Cavalier Hotel based in Virginia Beach. The pair had their first kid, Nigel Brixx Thornton in June 2020. Pusha fell into controversy for naming his child Brixx, as it means cocaine in a slang term.

As of 2022, Pusha T’s personal wealth is estimated to be around $15 million. He has amassed a huge amount from his music album sales. In 2019, he and his wife, Virginia, reportedly purchased a dope $600,000 waterfront mansion in Virginia.

You May Also Like:   JackBoy Net Worth: How Rich is the Rapper Actually in 2022?

Soulja Boy Net Worth: How Rich is the Rapper Actually in 2022?

Kid Cudi Net Worth: How Rich is the Rapper Actually in 2022?